Voices
“I’m being mentored in ministry while I study the theological and academic rigor of ministry, while I also practice ministry. The ability to be mentored, to study and to have the experiential learning is a real blessing that hybrids offer.” 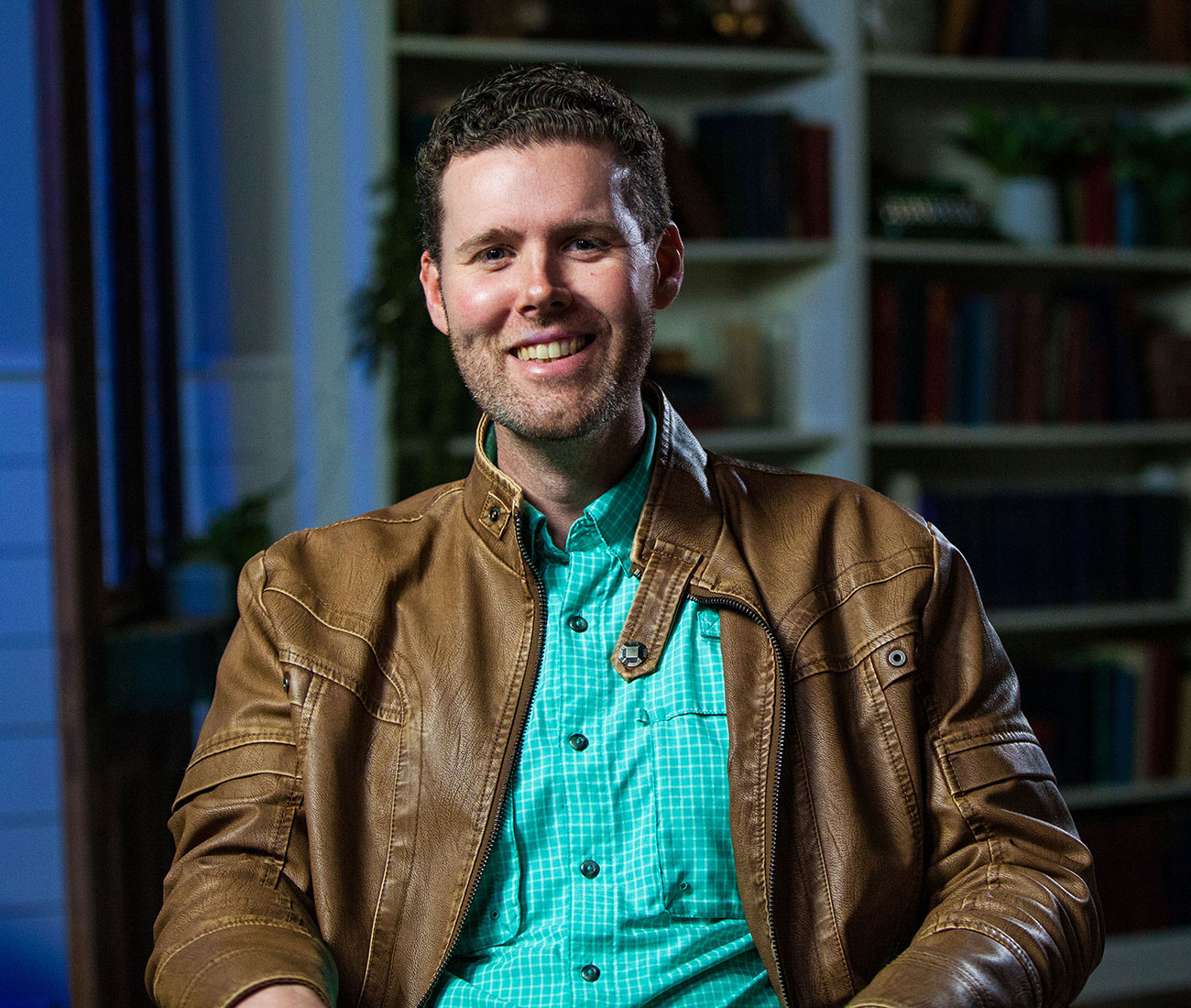 Christopher Goss was passionate about serving God and about rock and roll music. After graduating from college in 2008, Chris worked four part-time jobs, including playing gigs on the weekend, to make ends meet. A year later, God asked Chris to give up playing shows, starting a journey of discovery and calling into vocational ministry.

For six months, he asked God why he had majored in music in college if he wasn’t supposed to pursue his dream of being a musician. In a group prayer session, others in the group gave him prophetic words about his future.

“It was as if they had just read the Chris Goss bio, and they’d never met me before,” Chris said. “One of them prophesied that I would start writing songs. Within two months, songs were falling out of the sky and I wrote 80 percent of an album.”

But in 2012, partway through the album production, Chris became very ill and his vocal cords were severely damaged. In the midst of that, the Lord began to speak to him more about leading worship and student ministry.

He applied to be the Director of Worship Arts, Youth and Young Adult Ministry at Mosaic UMC. After much prayer, he told Carolyn Moore, the lead pastor, that he hadn’t heard anything from God and didn’t believe the job was for him. She said okay, but invited him to fill in one Sunday while they looked for a permanent person.

When they met to discuss the service, Carolyn said, “Chris, I just keep praying and the Lord said we’re supposed to come back to you for this job.”

Chris prayed again, and the Lord confirmed that Mosaic was the next right thing for him. As the Director of Worship Arts, Youth and Young Adult Ministry, Chris leads the worship, media and sound team, as well as the youth and young adult ministry. As he served, the Lord began to call Chris to pursue further education in order to better serve at Mosaic UMC.

Chris began to explore seminaries and travelled to a seminary in Louisiana for a visit weekend where Dr. Witherington happened to be speaking. Before he left, Carolyn had told Chris to tell Dr. Witherington hello. When he did, Dr. Witherington replied, “And Carolyn said to tell you that Asbury Seminary is calling.”

Later that weekend in a chapel service, the students were invited into a prayer time to listen to where God wanted them to study. Chris prayed and God confirmed that he was to go to Asbury Seminary.

“I had flown to New Orleans to find out I was called to Asbury Seminary, but however God wants to do it is fine with me,” Chris laughed.

Chris is pursuing an M.Div. while he serves at Mosaic, taking classes through the hybrid degree option. Studying online allows him to learn while he ministers and the times of coming to campus serve as a time of revitalization. He recently became a Licensed Local Pastor and was appointed to Mosaic. He is in the process of becoming an ordained pastor within the United Methodist Church.

“I have a three-fold education,” Chris said. “I’m being mentored in ministry while I study the theological and academic rigor of ministry, while I also practice ministry. The ability to be mentored, to study and to have the experiential learning is a real blessing that hybrids offer.”