Voices
“For me, attempting something big for God is to attempt to accomplish something that is so big that except for the grace of God it would be impossible to achieve, and in that way, it is God who gets the glory. For me, developing a women’s empowerment center in Liberia would be attempting something big because I don’t have the resources or the expertise  necessary to accomplish that.” 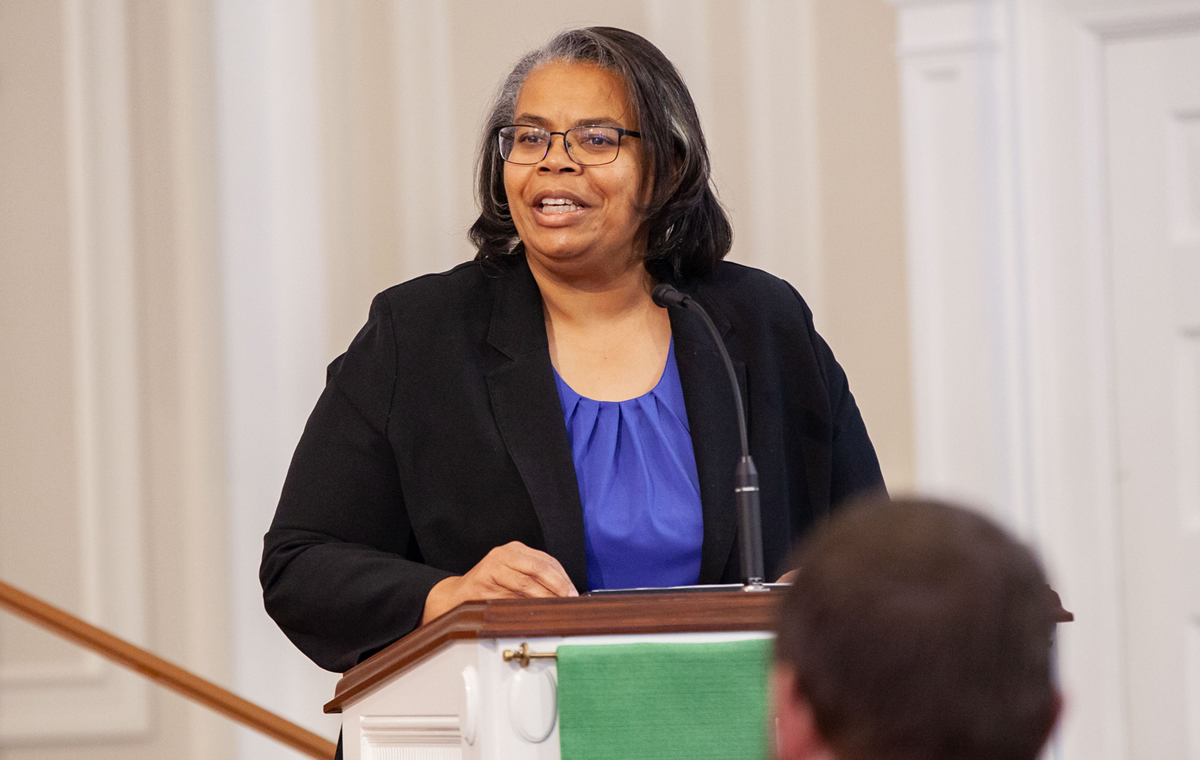 Cynthia Talley has sensed God’s call to fill a variety of roles during her life. When she was 12, she sensed God calling her to be a missionary to Africa. While as a teen and young adult, she felt God inviting her to be a pastor and an educator. Having no missionary role models or mentors to learn from, nor any idea of what she would like to teach, Cynthia could not see how these callings would come to reality. Still, she carried them in her heart. After saying yes to pastoral ministry in 1998, she pastored for 12 years, three of which were bi-vocational, before leaving ministry to pursue a Ph.D. in Intercultural Studies. Her research and resulting degree bring her calling full circle, as she researches ways to educate and empower women in Paynesville, Liberia, economically, spiritually and emotionally without creating a culture of dependence.

Although Cynthia majored in criminal justice in college, she started sensing God’s call to pastoral ministry during her sophomore year. Sermon ideas started coming to mind and she would jot them down in a notebook, just in case. One day her mentor saw her notebook and inquired whether she was called to preach. Cynthia said no, but her mentor disagreed. Another Sunday, an older man that Cynthia had never seen before approached her and said, “You’re a preacher, aren’t you?” Cynthia replied no. To which the man said, “Well, you’re gonna be.”

Cynthia graduated and became involved in her home church, preaching occasionally. Although her district superintendent encouraged her to become ordained, she hesitated.

“I was willing to preach, but I didn’t want to pastor,” she said. “I was walking in partial obedience, which is disobedience. It took me 13 years to say ‘yes’ to the call of God on my life.”

She continued to work and serve in the church while she pursued a master’s degree in special education from Alabama A&M. After hitting a wall of unsuccess, she decided it was finally time to say yes to God. Cynthia completed the candidacy process and served as a bi-vocational pastor for three years. She subsequently earned her Master of Divinity from Asbury Seminary and after graduating, pastored for nine years in the Clarksville UMC district of the Tennessee Conference.

She held her first full-time appointment at the Bethel-Woodlawn two-point charge for six years. Already a small congregation, the Woodlawn church had contemplated closing prior to Cynthia’s arrival. One day she asked the congregation if the church were to close, would it be missed by the community? The church decided to change the answer from no to yes, forming a cooperative with area churches to distribute food to the community once a month. Cynthia continued to pastor while she earned her Doctor of Ministry degree from 2012-2016, and although she left pastoral ministry in 2017 to pursue further education, this program still provides a much-needed service.

“When I read in the church’s newsletter recently about the program we started during my time as pastor, it gave me motivation to continue my studies at Asbury Seminary,” she said. “It’s not just about preaching because so much of ministry is not behind the pulpit. It’s about being in the community and making a difference in the lives of people and helping them experience the love of Jesus Christ.”

While earning her M.Div., one of her classmates, William, invited her to travel to Liberia to attend a Pastors and Church Leaders Leadership Summit. Although Cynthia didn’t have an official role with the conference, she was interested in learning more about William’s vision to open a school for street children and agreed to give two presentations on women in leadership. While in Liberia, after several informal conversations with a group of pastors, Cynthia discovered that she would like to teach courses in theology. Additionally, she was unexpectedly asked to be part of starting an empowerment center for women.

“That never came to fruition, but that’s why I’m pursuing a Ph.D. now,” she said. “I want to work in collaboration with others to help women get out of poverty and have access to a better way of life.”

Cynthia’s research continues where her D.Min. dissertation left off, studying ways to empower women in Paynesville, Liberia, holistically.  Because of COVID-19 travel restrictions, her particular area of focus has changed to the socialization and identity formation of African American Women in North Tulsa, Okla. Her preliminary research shows that women in North Tulsa and in Liberia share similarities as it relates to poverty, education, self-esteem, employment and healthcare, as well as a connection between economic status, spiritual health and emotional health.

Research participants in Liberia indicated that women often don’t attend church because they don’t have money for an offering. Consequently, they aren’t part of a community where they can be uplifted by other people, and therefore aren’t receiving the motivation they need to participate in training programs that will help them earn money to support themselves financially, continuing the cycle of poverty.

“They’re not getting the help they need with overcoming the lack of self-esteem and understanding who they are in Christ,” she said. “When those pieces are missing, the motivation is not there to go and do something to help yourself move towards becoming financially self-sufficient.”

Cynthia expects to graduate in 2023 and plans to teach, but is open to the Lord’s leading for the future. She credits God’s grace and her mom, who passed away in 2020, for helping her continue her course of study.