Voices
“As a Uniting Church minister with a full-time placement in theological education in the Salvation Army, Dr. O’Brien seeks to instill a historical understanding of Wesleyan history and theology that translates to a vibrant, living ministry.” 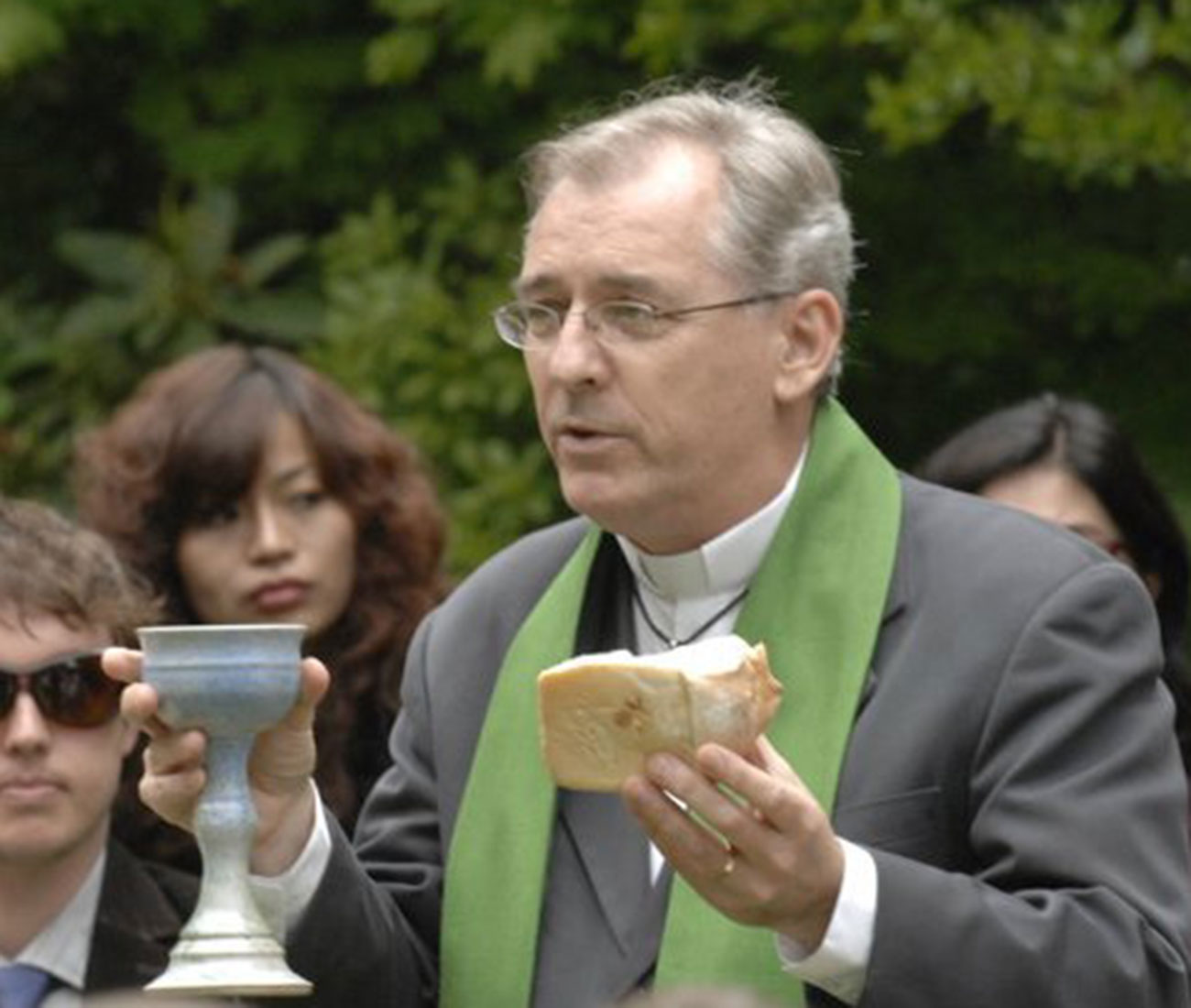 Just as etymology provides insight into the history of words, their origin and how their meaning has evolved, so an understanding of historical faith provides a more robust understanding of 21st century Christianity. Dr. Glen O’Brien, Associate Professor of Church History at Sydney College of Divinity and Head of Humanities in the School for Christian Studies at Booth College, helps his students develop a radical, rooted faith.

“Robert Jenson speaks of how the Gospel has been spoken faithfully to us by those who have gone before,” Dr. O’Brien, said. “Our task is to speak it faithfully again in our time. Since the word radical means connecting to the root of a thing, the most radical thing you can do is have a conversation with your grandmother.”

As a Uniting Church minister with a full-time placement in theological education in the Salvation Army, Dr. O’Brien seeks to instill a historical understanding of Wesleyan history and theology that translates to a vibrant, living ministry.

“I have always felt drawn to the Wesleyan emphasis on the universality of God’s love, the optimism of grace that refuses to place limits on God’s capacity to transform the human heart, and the ‘catholic spirit’ that embraces the whole church rather than taking a ‘sectarian’ approach,” he said.

Dr. O’Brien grew up in a non-religious family and initially began reading Scripture out of curiosity. Through his study, he was drawn to follow Christ. Although his study began on an intellectual level, he met the person of Christ, whom he could not ignore.

“The magnetism of his personality, the power of his words and acts led me into a more profoundly personal response,” he said. “Though I did make a declaration of faith during a church service, my conversion took place gradually over a period of several months, during which time, the call of Jesus became increasingly urgent and, in the end, irresistible.”

Through teaching, historical research and mentoring, Dr. O’Brien desires to introduce his students to the living Christ. Jesus described the kingdom of God as like leaven in the bread. Although invisible, it causes the bread to rise and allows it to be baked into an edible loaf. Although Dr. O’Brien’s role in the lives of his students is often unseen, he offers a pastoral presence and teaches a generation to build their present ministry with the recognition that they are building upon an ever-evolving and living tradition.

In addition to his positions at Sydney College of Divinity and Booth College, Dr. O’Brien also serves as Vice President of the Religious History Association, and is a member of the Evangelical History Association and the Wesleyan Theological Society. He is Secretary and Research Fellow of the Australasian Centre for Wesleyan Research and an Honorary Research Fellow of the Manchester Wesley Research Centre. His research has appeared in numerous book chapters and scholarly journals including The Journal of Ecclesiastical History, The Journal of Religious History and The Wesleyan Theological Journal. He is the author of Christian Worship: A Theological and Historical Introduction (Melbourne: Uniting Academic Press, 2013) and, along with Hilary Carey, co-editor and contributor to Methodism in Australia: A History (Farnham, Surrey and Burlington, VT: Ashgate, 2015). He is currently writing a full length monograph entitled Liberty and Loyalty: The Political World of John Wesley.