Voices
“Enough people aren’t connected anymore. We live in a world where people aren’t even connected to their families. I want them to come into my restaurant and understand that this is where my family treats yours.” 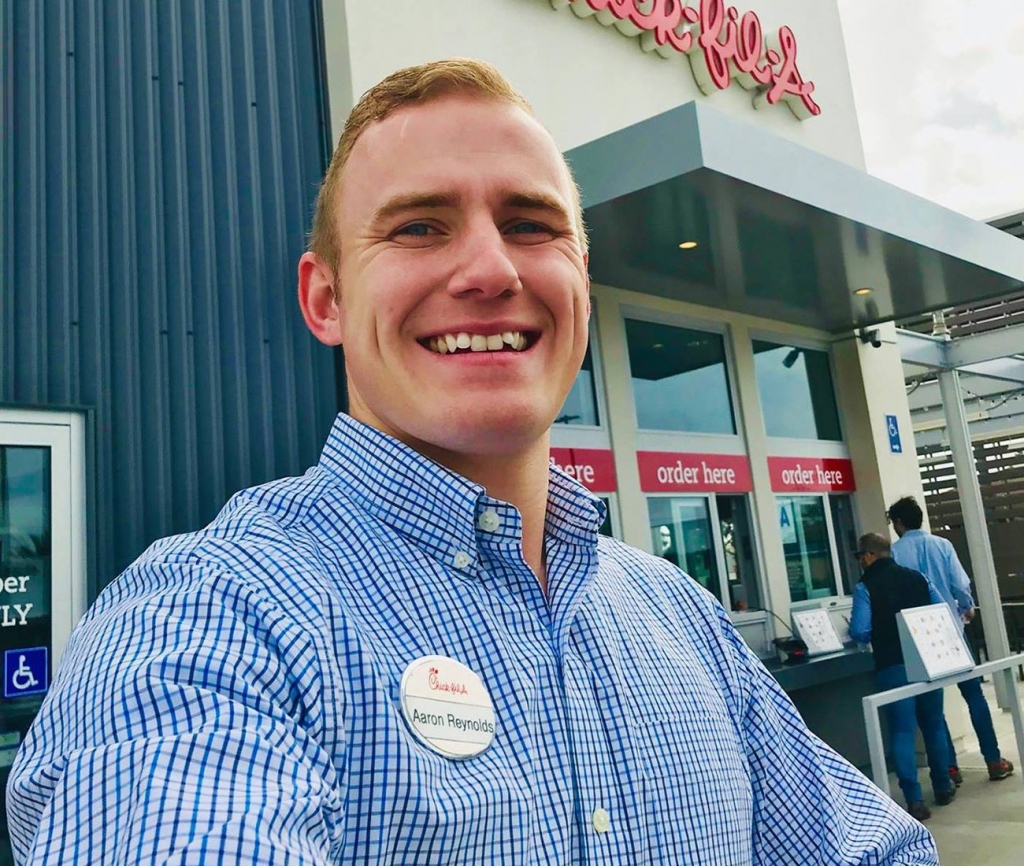 Aaron Reynolds treats Chick-fil-A guests like they’re his family. He came to Asbury Seminary to be a pastor, but an internship with the Office of Faith, Work and Economics made him realize he could combine business and faith to change the world. In 2017, Aaron was accepted into Chick-fil-A’s Leadership Development Program with the goal of becoming a local Chick-fil-A Owner/Operator.

“The internship started me thinking about a million and one different things,” he said. “I learned a ton about where God wanted me to go, and it started this upward trajectory of where God was calling me.” 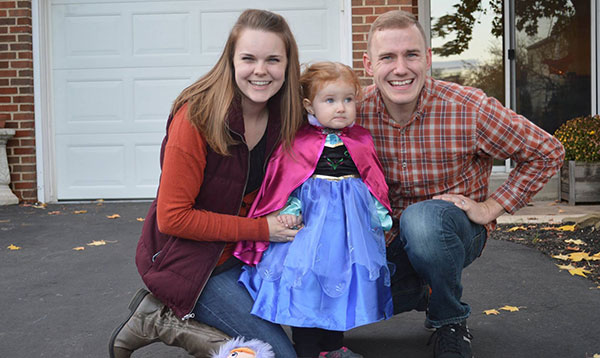 During seminary, Aaron worked at Chick-fil-A. He realized he could apply the theological lessons he’d learned at the Seminary to his work in food service. While still in Seminary, God told Aaron that his preparation of the last 10 years had been for something besides pastoral ministry.

“Wait! What do you mean?” Aaron said. “This completely turned my life upside-down. But I had to embrace that. For me, it was the moment where I said I was walking away from pastoral ministry that God confirmed that next step.”

After graduating, he started a new ministry for young adults and young families, but quickly realized this wasn’t where God was leading him. He became a full-time employee at Chick-fil-A, one of the most peaceful decisions he ever made. Now, as part of the Leadership Development Program, he travels around the country, working with owner/operator’s in the weeks prior to their grand opening. He and a team of others help the new operator configure systems, set up the restaurant, train the new employees and work out any problems after the restaurant opens.

Not only does Aaron work with leaders on the business side of things, he also lets them know he cares about them and their teams as people. Through conversations and coaching opportunities, he helps them develop personally and professionally.

“I’m a pastor to the people in this program who are really much smarter at business than I am,” he said. “I didn’t come in knowing all the Chick-fil-A stuff, but I came in knowing the heart stuff and the spiritual stuff.”

Most of those in the Leadership Development Program go on to become owners. As a future owner, Aaron wants to empower people to go out and change the world. To do this, Aaron wants to make sure that his employees are known, believed in, and have a strong sense of development and excellence.

“Enough people aren’t connected anymore,” Aaron said. “We live in a world where people aren’t even connected to their families. I want them to come into my restaurant and understand that this is where my family treats yours.”