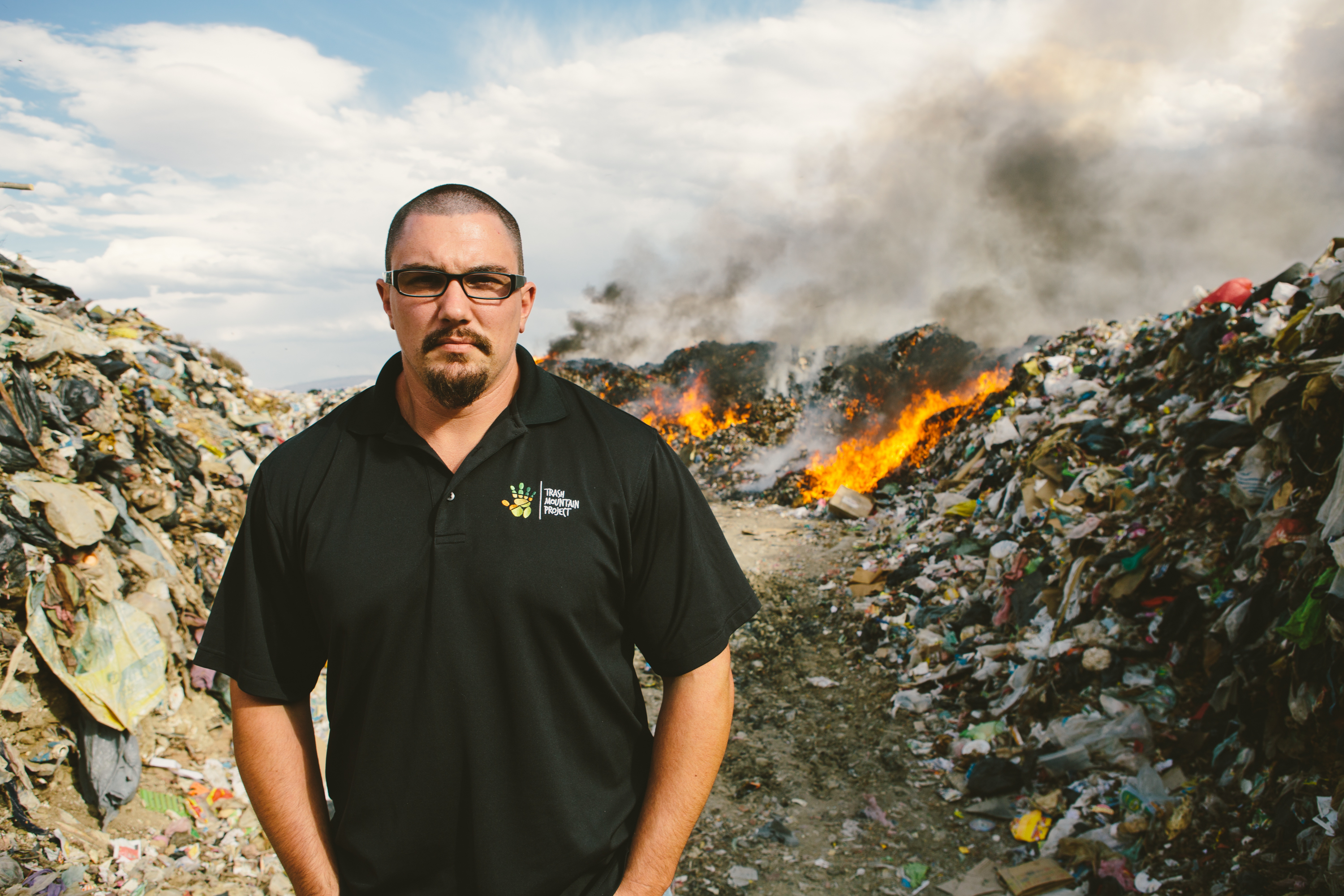 When Brett Durbin and his wife, Jaelle, first visited a trash mountain site in Honduras in 2008, they anticipated eye-stinging stench and circling vultures, but they were completely undone by the sight of sun-baked babies left in cardboard boxes while parents and siblings, some as young as two, culled through debris with crude tools. Children worked as prostitutes and gang members sold drugs as an entire community relied on recyclable bits of rubble to feed themselves and their families.

“We saw the worst the world has to offer in one physical location,” says Durbin, who is expecting a fifth child with Jaelle. “Malnutrition, abuse, hopelessness, sickness, everything you can imagine in a square mile. It was impossible to look at these kids without thinking of our own.”

After extensive research, the Durbins launched the Trash Mountain Project in Lakeland, Florida, in 2009, to develop Christ-centered environments for children and families living in dump sites. They relocated the non-profict agency to Topeka in 2011, partly because they wanted to raise their children near family but also because of the outpouring of support they had received from Durbin’s childhood friends, acquaintances, the Topeka church community and philanthropists throughout northeast Kansas committed to the cause.

Durbin, who has undergraduate and graduate degrees in criminal justice from Washburn University and a master’s degree in Christian leadership from Asbury Theological Seminary in Wilmore, Kentucky, once envisioned a career path as a prison chaplain. He describes his experience at Asbury as transformational, and that it really developed his passion and care for the poor around the world, but he never envisioned being a “trash pastor” as many people like to call him.

Since establishing the Trash Mountain Project, Durbin’s calling has been aided by countless “coincidences” that he considers being the providential hand of God at work. “The number of things that have fallen into place is just staggering,” says Durbin. “Whenever we have a need, a resource shows up. And the caliber of people? CEOs, business owners and professionals, pastors, Gov. Sam Brownback, you name it.”

So many serendipitous occurrences have taken place that Trash Mountain Project staff and donors have collaboratively expanded their outreach to sites in Honduras, Cambodia, Bolivia, the Philippines, Kenya and the Dominican Republic. In the office, a large global map populated with push pins identifies more than 500 trash dump communities located in every area of the world except the United States, Canada and Western Europe.

“Sometimes it feels like we’re shooting a BB gun at a bull,” says Durbin, noting that the agency is growing at a pace of about 20 percent a year.

In 2016, staff will visit sites in several new countries hoping to establish strategic relationships with pastors, teachers, humanitarians and others to maximize ways in which the Trash Mountain Project can assist.

“Spiritual well-being, education and nutrition are our highest priorities,” says Durbin. “If we can get a child an education and away from the pain they’ve experienced, then that can lead to technical training and college scholarships and break the cycle.”

Eleven full-time employees and two part-time employees raise their own salaries, ensuring a workforce passionate about the people they help and committed to the “Live the Command” mission that Jaelle coined.

“We have seen real examples of God at work, and everything about me has changed since this started,” he says. “I used to believe that miraculous occurrences were just something you read about in the Bible, but now I know that the Holy Spirit is at work in ways that defy the impossible, which has built my faith in ways I could have never imagined!”