Voices
“Light and Life brings hope to the un-churched in the community of Isla Vista through weekly meals, outdoor services and community partnerships.” 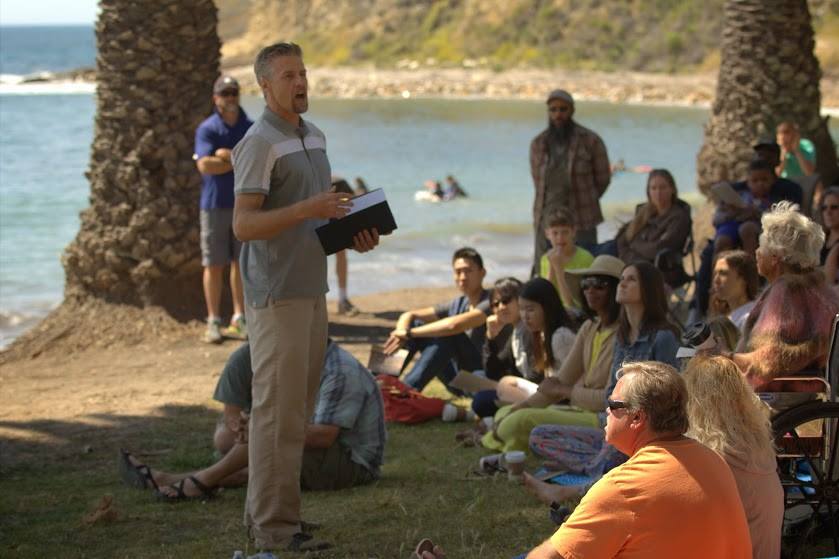 Dave and Tracey Goss took their ministry outside the church walls, literally. Light and Life Church in Goleta, Calif., holds a weekly meal and a service in the park 10 times per year. Surprisingly, people aren’t resistant to Christianity; they just have no idea what it means.

“They are much more turned off with the word Republican than Christian,” David said.

However, this church doesn’t attract your typical church people. Instead, it focuses on the un-churched from a low socio-economic background.

“It’s just a different kind of ministry,” David said. “I spent years trying to create a church in someone else’s image, but we’ve positioned ourselves to be there for people who are not Christians.”

The church partners with a local business, in this case Chipotle, to provide for their weekly community meal. Chipotle is part of a food share program that gives their leftovers to non-profits instead of throwing them away. For $20 per week, the church has fed approximately 80 people for more than a year.

“As a result, people started trusting us more,” he said. “Instead of being a photo-op church, we were there every single week. The community realized that we were legit and started coming to the church.”

Dave shares how one of many lives has been changed. God got Gabe’s attention when he was high on drugs. He’d been asking questions of all these different religions, but found that goodness is always associated with the Christian faith. He came to their Taco Meal, saw that “goodness” in action and kept coming back.

David and Tracey began their church planting adventure as a result of reading A Purpose Driven Life. In the book, Rick Warren asks, “What would you do if money wasn’t an object?” Both answered, “Ministry.”

David quit his job as a coach and teacher, and Tracey hers as a social worker. They moved to Wilmore, Ky., to attend Asbury Seminary. Prior to their move, the Free Methodist Conference in Southern California had asked if they would be interested in planting a church when David completed his degree. They were.

After graduation, research and much prayer, they planted Light and Life Church in Goleta, just outside of Santa Barbara, Calif. They average between 50-70 people each week.

Ironically, God is using the homeless to support the church financially and fill leadership positions.

“Our biggest single check came from a homeless man after selling his mom’s trailer,” David said. “Whoever would have thought that our church budget is funded by homeless people?”

Light and Life is also involved with some community projects. The city, the sheriff, the parks and recreation department and the county fund a 33-unit apartment residence for low-income families. David is part of the rapid-response team, which engages the residents with positive life skills and activities. These include job and resume planning, exercise classes and book clubs.

Light and Life also has a presence on the University of California, Santa Barbara campus. The students connect through mentoring relationships and career planning. Often, they enjoy being part of a multi-generational church that provides a taste of home.

As a result, the public sector realizes the power of the church to make positive changes in the neighborhood, defenses to the Gospel come down and Christ is experienced in Isla Vista.