Voices
“Not only did I get a good education, not only was I taught the love of Christ for everybody, but I think the resources that Asbury Seminary provided for me, and the encouragement was just great. I don't know anybody in all of the chaplains in all of the denominations that I ran across that had a better seminary experience than I did” 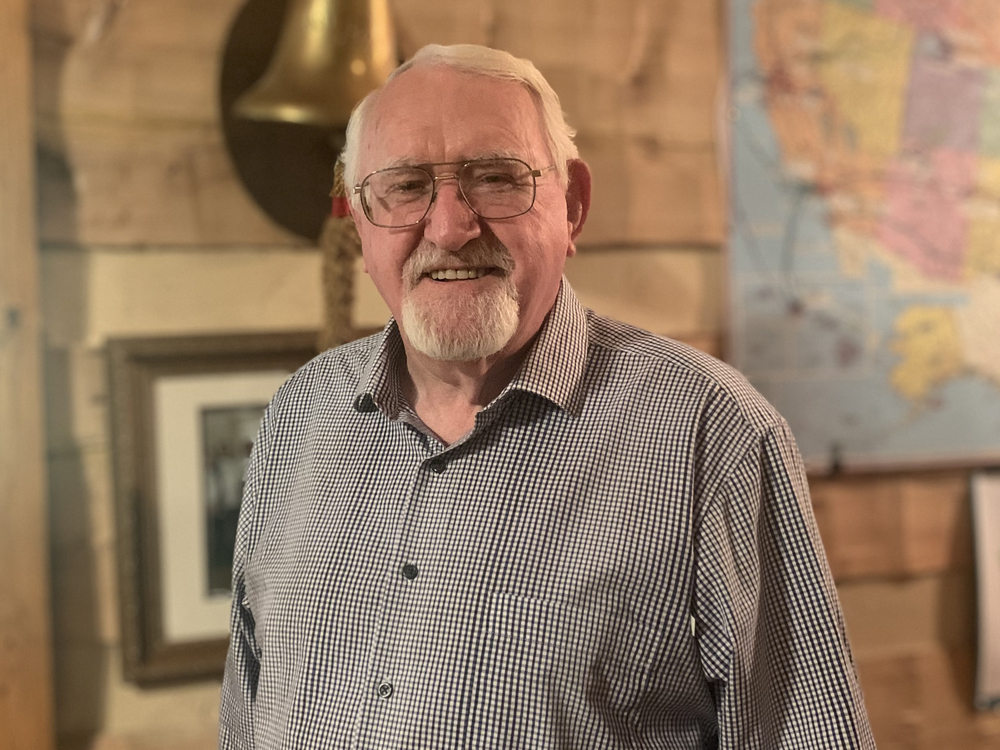 Dean Cook joined the Navy because he wanted to see the world. As a young man, Dean was interested in many things, but like a jigsaw puzzle dumped on a table, nothing connected. After meeting Jesus at a Christian servicemen’s center near his base in the Philippines, he began to learn about discipleship and the Christian life and see how the pieces of his life started to connect.

After returning to the States, he was selected as an aircrew member on a Navy bomber. As part of his training, he was asked: “How would you feel if you dropped the bomb that would kill half a million people?” That question started him thinking, and he realized that dropping bombs might not be God’s plan for his life. He started attending a church in Anacortes, Washington, where he not only met his future wife, but also encountered Jesus in a new way. During a revival service, the evangelist asked him if he would like to go to the altar. At first, Dean was angry and embarrassed to be singled out, but went forward.

“When I went, the Lord really touched me and I not only settled that question of what I should do, but it had to be complete and total obedience to the Lord,” Dean said. “I made that total dedication and obedience there, and when I arose, I knew I was called to preach the Gospel and not drop bombs.”

Dean returned to the Navy and asked to join the reserves, starting Seminary to become a Navy chaplain. From 1966-1988, he served the Marine Corps, Navy, Coast Guard, FBI Academy, Naval Postgraduate School, the Carrier Princeton, the Carrier America, a variety of amphibious ships and on a variety of bases, including Pearl Harbor.

He has found the Seminary to be a lifelong resource of refreshment, rest and encouragement through conferences, professors, and access to the B.L. Fisher Library.

“Not only did I get a good education, not only was I taught the love of Christ for everybody, but I think the resources that they provided for me, and the encouragement was just great,” he said. “I don’t know anybody in all of the chaplains in all of the denominations that I ran across that had a better seminary experience than I did.”

Dean’s life and ministry has influenced hundreds, if not thousands of individuals. He shared one story of a man he visited at the brig in Quantico, Virginia. Dean shared the gospel message and gave him a New Testament, but at the time, the young man didn’t seem to respond. After Dean left, the young man gave his life to Christ and now is a successful pastor in Tennessee.

“I have loads of chaplains that I have gotten into the military, and they’ve all done really well,” he said. “I know there are many and I give the Lord the credit because the Lord is the One who really does the work. We just come alongside.”

After a lifetime of adventures, Dean continues to serve the Lord in a more private way, serving on conference committees, hosting a men’s group on Wednesday noons, working with seniors in their church, and inviting individuals, couples, and families to their home for an evening of good food and encouragement.