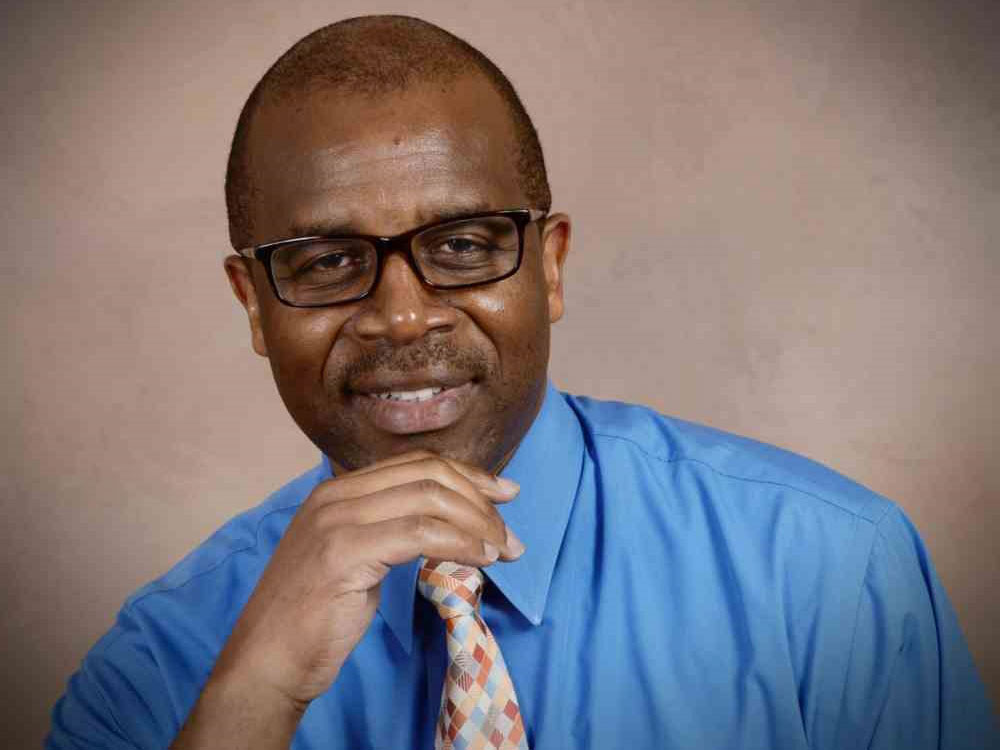 Dr. Joseph Okello sees God’s faithfulness in his failures as much as his successes. As a young man, he ran from God’s call to pastoral ministry to pursue a career at a prominent bank in Kenya. But although he knew he’d aced his pre-employment tests, he somehow failed. That failure invited him to truly respond to God’s call, pursue theological education, and now teach as Professor of Philosophy of Christian Religion at Asbury Seminary.

“I knew that my failure of these tests had to be God, and I blamed him for failing,” Dr. Okello said. “But God seemed to have better plans for me, and I’m glad today that I failed that interview. I had no explanation why, but looking back, I knew that God’s faithfulness can sometimes show up in failure.”

Dr. Okello applied to Scott Theological College in Kenya, only to be turned away due to lack of funds. Discouraged and wondering if he’d misunderstood God’s plan, he fasted for two weeks, asking God what to do next. Finally, at the prompting of the Holy Spirit, he realized he wanted the degree for the credentials, not to serve others. As he confessed his pride, he recalls telling the Lord, “I’m giving you until Saturday at 5:00 PM, and if I don’t see any assurance of financial provision then I’ll assume you’re not calling me to ministry.”

On Saturday, Dr. Okello checked his mail, receiving only a water bill. Later that day, he went to visit a missionary who had mentored him. As soon as the missionary saw him, he offered a ride to school and money to cover his tuition. It was 4:59.

After graduating from Scott, Dr. Okello pastored a church in Nairobi for two years before leaving to pursue an M.Div. and M.A. in Church Music from Asbury Theological Seminary. After graduation, he planned to return to Kenya and resume pastoring, but his professor encouraged him to pursue a Ph.D. He applied to several Christian schools but didn’t receive a scholarship. Again, at his professors prompting, he applied to the philosophy program at the University of Kentucky, was accepted and received a full scholarship.

“After a lifetime of considerable prayer and asking God and telling God what I want, then I wait to see how things unfold and how they unfold to me is how I interpret God to be working,” he said.

After graduating, he was invited to teach part-time at Asbury Seminary while his wife finished her master’s at Eastern Kentucky University. After three years, he was invited to be the assistant professor of philosophy before transitioning to the Florida Dunnam campus in 2011. He teaches classes on the philosophy of religion, Christian ethics, contemporary theology and basic Christian doctrine.

Dr. Okello teaches philosophy and ethics from a sociological perspective, examining how we build our Christian ethics that inform the way we make decisions and then take action. His goal is to help his students become and lead a community of believers that lives out God’s command to make disciples.

Dr. Joseph Okello is Professor of Philosophy of Christian Religion at Asbury Seminary in Orlando, Fla.  He holds an M.A. and Ph.D. in philosophy from the University of Kentucky, an M.A. and an M.Div. from Asbury Seminary, and a B.A. in theology from Scott Theological Seminary in Kenya. Originally from Kenya, he has been in the U.S. since 1996. He has authored seven books and is currently working on four more.