Voices
“The attempt something big quote has kept me open, not to my capacities, but to the amazing grace of God to do whatever He wants to do through His servants.” 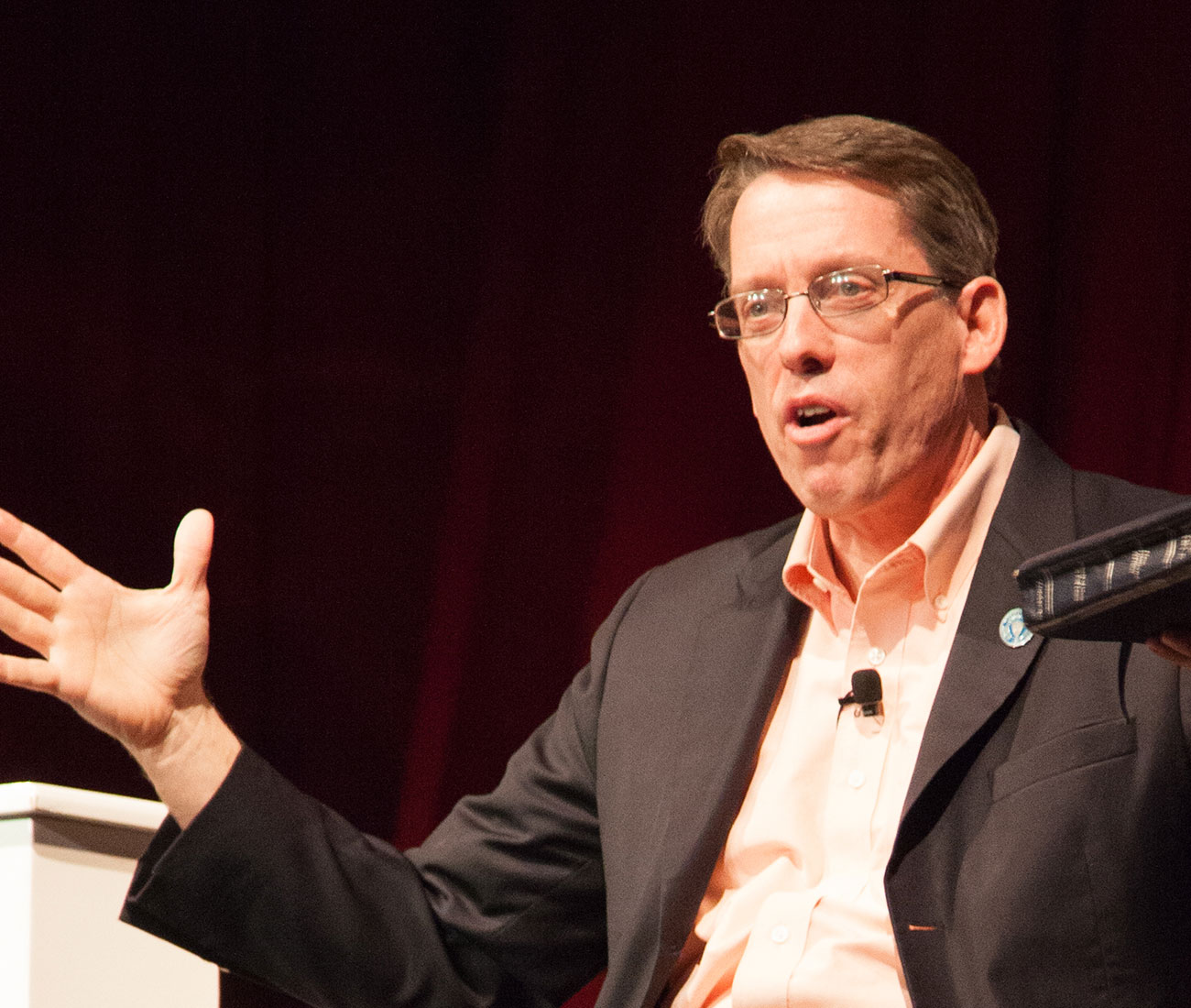 Thirty years ago, God challenged Dr. Timothy Tennent to attempt something big for Him. During Dr. Tennent’s life and ministry as pastor, professor and president, he has lived those three words, learning not to place boundaries on God’s call. Now, he shares that vision with the entire Seminary community.

“Our mission is about the glorious gospel of Jesus Christ and joining the living God in His mission in the world,” Dr. Tennent said. “We are living into a challenge which God put into my heart many years ago: ‘Attempt something so big, that unless God intervenes, it is bound to fail.’”

Dr. Tennent was first introduced to the idea of attempting something big in 1979. He and some friends stayed in the home of well-known author Jamie Buckingham while attending a wedding. Upon arrival, Dr. Tennent noticed Jamie Buckingham’s study and peeked inside. He saw these words taped to the typewriter: “Attempt something so big, that unless God intervenes, it’s bound to fail.”

“This quote has always served as a reminder not to place limits on God’s call on my life,” Dr. Tennent said. “I have always been open to serving anywhere in the world and doing whatever God asked me to do. This quote has kept me open, not to my capacities, but to the amazing grace of God to do whatever He wants to do through His servants.”

Dr. Tennent first answered that call while a student at Young Harris College in Georgia. At the time, he envisioned himself as a pastor. While he did lead several United Methodist churches in Georgia, New England and Nigeria, God had additional tasks in store for him. He taught at Toccoa Falls College and Gordon Conwell Theological Seminary.

While at Gordon Conwell, friend and fellow colleague, Robert Colemen, invited Dr. Tennent to preach the gospel in Harvard Square on Easter Sunday. Harvard Square is the Cambridge stop of the Massachusetts Transit Authority subway where dozens of people emerge every 10 minutes.

“I had never just put a box down on the sidewalk and started preaching,” Dr. Tennent said. “I felt scared, apprehensive, and, to be honest, a little foolish. But, I thought to myself, if I can’t preach the gospel in the streets, then the power of the gospel has become domesticated in me, so I must say yes.”

He did, and the two men took turns sharing short messages, interspersed with music from the Salvation Army band.

“It was an amazing and memorable experience for me and put me in touch with the gospel and our own Wesleyan heritage in a powerful way,” Dr. Tennent said. “For few things mark the distinctiveness of the 18th century Wesleyan revivals than this strange practice of open-air preaching.”

Dr. Tennent’s heart for evangelism beats not only in the United States, but also inspires him to teach annually at New Theological College in Dehradun, India.

Dr. Tennent’s interest in India began in the mid-80s and grew after reading an article in World Vision by George Chavanikamannil, who later founded New Theological Seminary in 1989. Dr. Tennent and his wife, Julie, invited George to visit their home in Georgia. During their time together, George shared his desire to train Indians to plant churches in their own country. After much prayer, the Lord called Dr. Tennent to join the work in India.

“That began a lifelong involvement in India,” Dr. Tennent said. “I resolved to tithe my life to India, giving 10 percent of my year to work in India for the last 30 years.”

But Dr. Tennent doesn’t spend all his time teaching or working in his office. He enjoys carpentry and a wide collection of literature. He learned the basic carpentry skills from his father and finds it therapeutic to work with his hands.

“I find the Lord often speaks to me and gives me more direction when I’m working with my hands, rather than when I’m sitting in a meeting,” he said.

He has also authored many books, including Building Christianity on Indian Foundations, Christianity at the Religious Roundtable, Theology in the Context of World Christianity, and Invitation to World Missions:  A Trinitarian Missiology for the 21st Century.

Dr. Tennent has served as president of Asbury Theological Seminary since July 2009. He is a frequent conference speaker around the country and throughout the world, including numerous countries in Asia, Africa and Europe.

Dr. Tennent shares practical advice to those just beginning their ministries from his own experience.

What three things do you wish you had known?

What advice would you give to those just beginning?

In my role as President, I often give this advice to young people from the pen of St. Francis of Assisi: “Blessed are the men and women who think no better or worse of themselves when they are scorned and despised by others, than when they are loved and honored by them. For we are what we are in God’s eyes and no more.”

Listen to Dr. Timothy C. Tennent on the Theology of The Body and what it means to Attempt Something Big on the Thrive with Asbury Seminary Podcast!