Voices
“I see my job as cross-cultural missions, but with the expectation that the Gospel will be rooted, and I must be patient enough for God to do his work.” 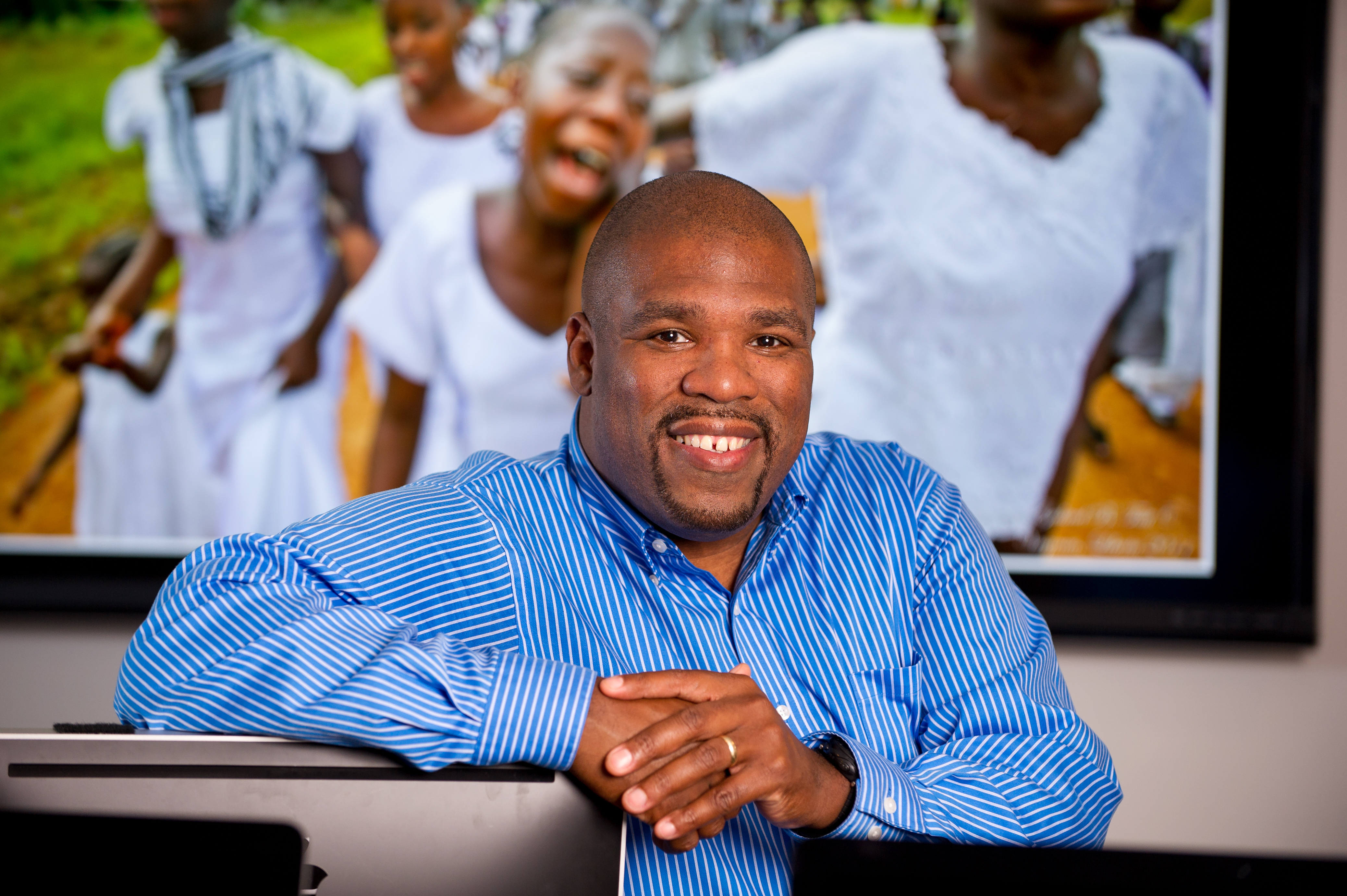 When the angel appeared to Mary following Jesus’ resurrection, he said, “Come and see, so you can go and tell.” Throughout his career as a photojournalist, bus driver, Ph.D. student, and now, Assistant Professor of Journalism at Arkansas State University, Dr. Gabriel Tait has done just that. Using photography, he blends his passion for God’s mission with his role as a professor, teaching students to focus, zoom and frame in order to capture God’s story.

“Paul was a tent maker,” Tait said. “I am a visual journalist. I have been given a platform to teach others and to empower others to use their gifts.”

Now in his third year of teaching, Tait has learned the importance of contextualizing his content for his audience.

He recently took 18 student-athletes to London as part of the Sports, Photography and Culture class he created. During the three-week visit, students learned about sports and culture in England and how photography can serve as an intersection point for the two. But in addition to the typical sightseeing, he and his students also visited John Wesley’s home, grave and church.

“My students have to have a reason to care about the information that I’m presenting,” he said. “However, they know that what I’m going to say is through the lens of me being a believer.”

In Tait’s visual communication class, his 90 students from the A-State College of Media and Communication discuss everything from the Confederate flag to the cross. Using real-life faith discussions, Tait helps his class learn about symbols and the meaning(s) behind them.

“A symbol is only a symbol if its meaning(s) can be interpreted by someone else who transmits it to someone else,” Tait said.“ The cross by itself means nothing. It’s the meaning that’s associated with the symbol that actually gives the message.”

These discussions encourage his students to thoughtfully contemplate the deeper meaning behind familiar images. 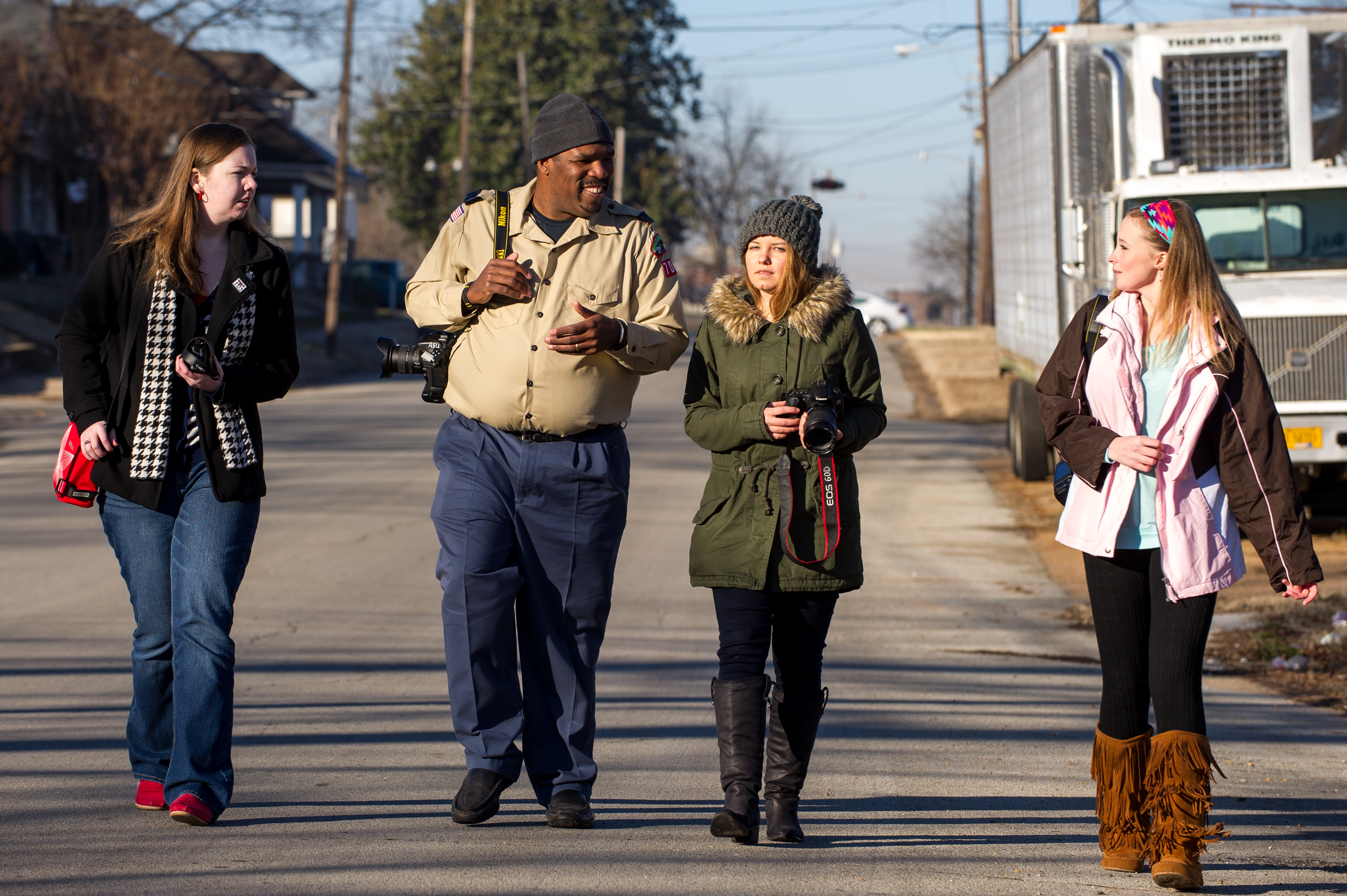 (All photos by Andrew Ferguson)

“I see my job as cross-cultural missions, but with the expectation that the Gospel will be rooted, and I must be patient enough for God to do his work,” Tait said.

After all, transformation takes time.

Tait began his career in photography in the sixth grade, as a result of an after school program for children in Pittsburgh, Pennsylvania. What started as a one night a week program, turned into five nights for him.

Not only did the transformation process happen in the dark room, but also in Tait’s life. By the time he finished the eighth grade, he had honed his talent and begun defining his style and voice.

However, Tait dropped out of the photography program in the ninth grade. Yet, his instructors didn’t give up on him. Instead, they invited him to the end of the year art show.

With embarrassment, Tait asked what the fluorescent dots next to his framed artwork meant. The instructors said that those dots noted the photos that someone had purchased.

“Today, I don’t know how accurate that was,” Tait said. “Did the workers just say that to encourage me to come back? Or was it true? Either way, it gave me the motivation I needed to keep refining my skill.”

Tait emphasizes the fact that each of us has gifts and talents. He seeks a similar transformation in his students by encouraging them to volunteer at various organizations, to get in the community and serve others.

“The gospel is not the primary motive, their gift is,” Tait said. “If they get to tell about Jesus, that’s good too.”

One of his students spent her summer in Orlando on an internship assignment. As she shared her work with Tait, he commented that he didn’t know if she’d be a newspaper photojournalist.

She looked at him sideways.

He finished by saying that he thought she’d be great working for a non-government organization that brings humanitarian aid. She thought that was perfect for her.

“Now, I’m working to put together an internship program with Adventures in Mission,” Tait said. “This is not about me. I am just a vessel that God has chosen to use at this time.”

Dr. Tait and his wife Erica are both Asbury Seminary graduates.