Voices
“That project morphed into the TMS Greenlight project, which became an opportunity for students who are discerning their call to do life with our missionaries. Not a work trip, but to observe and experience what missionary life is like. It’s not all glorious and glamorous. It’s going to the grocery store and doing the same things that you do in the U.S., but doing it overseas.” 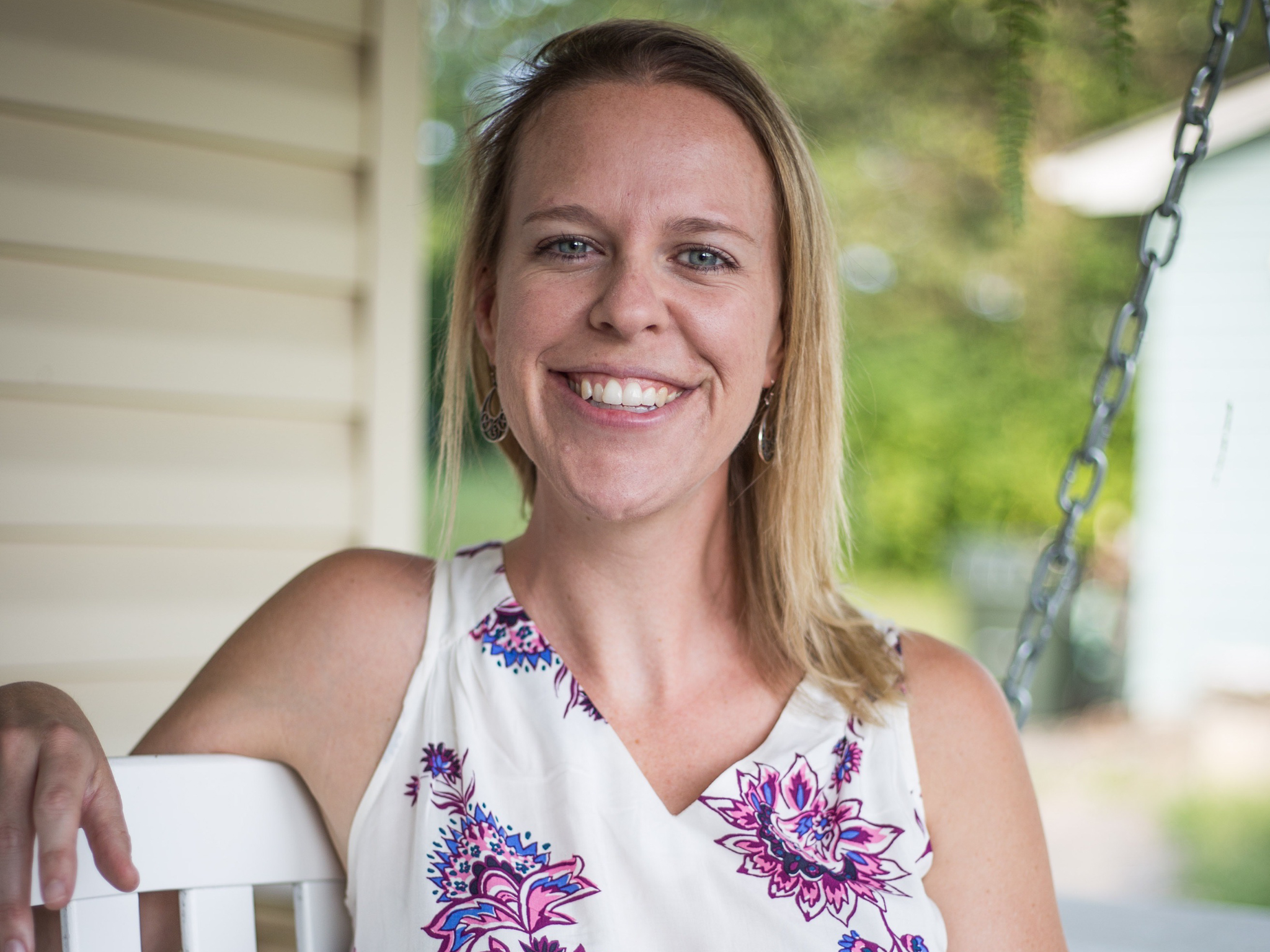 Jennie Wheaton helps others discern their call to missions and ministry as a Mobilizer with TMS Global. Using her own missions experience and healing journey, along with training as a spiritual director and mental health counselor, she helps others not only find their next right step, but prepare for their career in missions.

Jennie first encountered mission work while on a youth retreat. There she met another young adult who was going to Ghana as part of a long-term mission team with TMS. Two years later, Jennie joined a short-term mission team to Ghana where she fell in love with the work and the relational aspects of ministry and knew she wanted to be part of mission work for the rest of her life. In college, she participated in several mission internships in Mexico and after graduating, returned to Monterrey, Mexico, to teach school. Her first year was filled with language barriers and cultural adjustments, but during her second year, she started thriving.

“I was working with high schoolers and teaching part-time, but really just getting to invest a lot outside of school,” she said. “And it was at that point that I was like, ‘Okay, I love this, but I just don’t feel like I’m equipped to do the work that I really want to do.’”

In the spring of 2009, she visited Asbury Seminary and started attending that fall to earn an M.A. in Intercultural Studies in 2011. Her transition to the States from the mission field was difficult, mentally, emotionally, physically and spiritually. During her month at home before coming to the Wilmore campus, she remembers sitting on her parent’s porch and realizing there was a disconnect between her head and her heart. She prayed, “Lord, whatever you need to do, I want to be connected.”

“It was the beginning of God cracking open my shell,” she said. “I’m really thankful that I prayed it, but I had no idea how hard that journey was going to be. I think my whole journey, my whole life has just been a very gentle, unraveling and unfolding. And I think if it had been anything more, it would have totally crushed me and overwhelmed me.”

With a community of support around her, Jennie continued her academic journey, as well as her spiritual and emotional healing to become the person God had created her to be. After graduating, she returned to Mexico for two years, but the situation had changed. Her visa was revoked by the Mexican government, so she could no longer teach, and her fellow missionaries returned to the States, leaving her isolated and alone. After two years of waiting on a visa, she also returned to the States to develop a TMS presence in Wilmore at the Yellow House close to the Seminary’s campus.

Here Jennie found her niche, developing relationships and walking alongside others interested in missions. As a product of mission internships, Jennie helped develop the Greenlight program. This project was birthed out of one of her classes at the Seminary that asked her and a classmate to develop a repeatable rhythm that could be used to develop others for cross-cultural discipleship and ministry. Jennie and her partner developed a six-week program where college students from the U.S. could travel to Mexico to live and learn alongside Mexican college students. 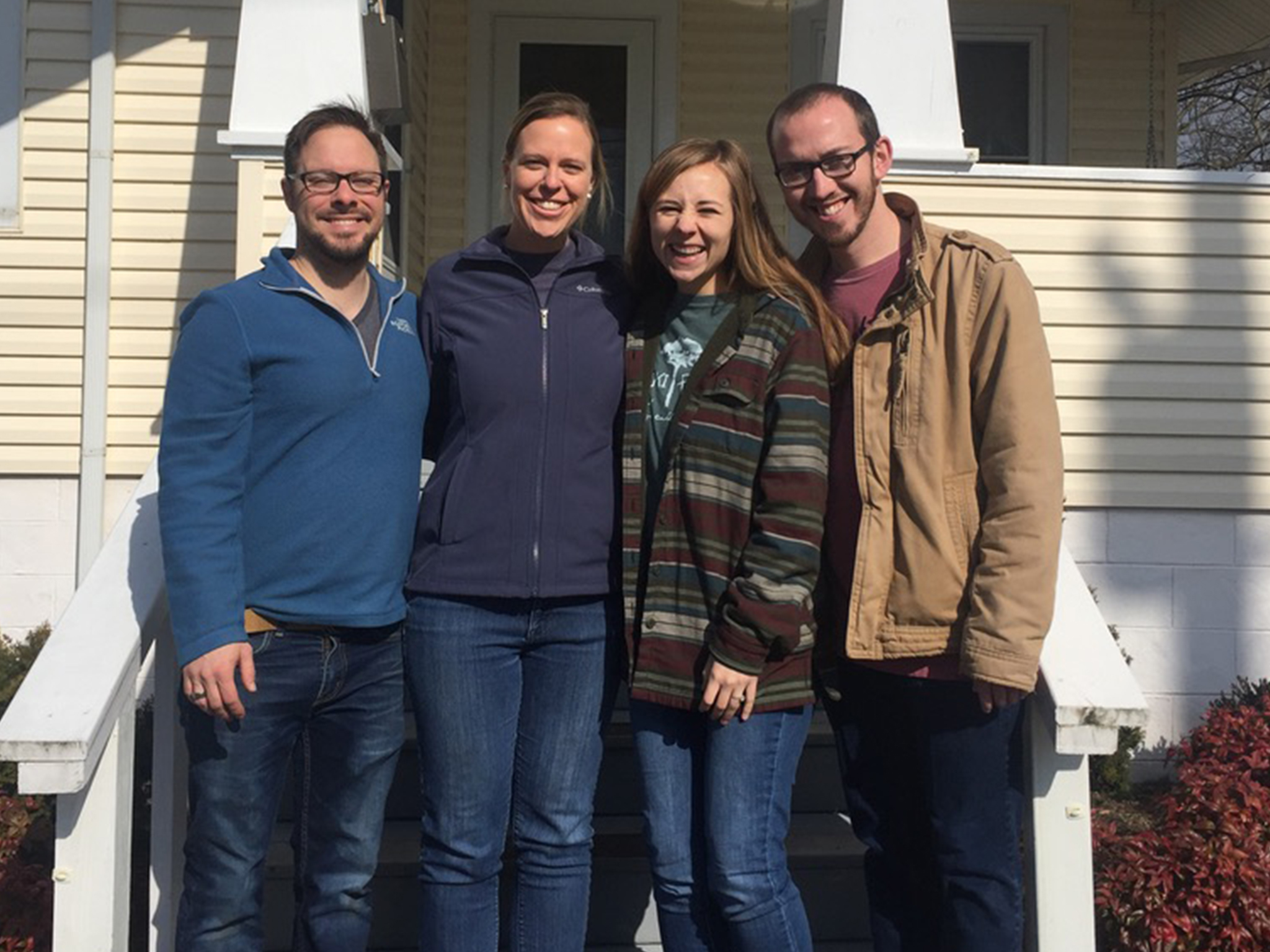 “That project morphed into the TMS Greenlight project, which became an opportunity for students who are discerning their call to do life with our missionaries,” Jennie said. “Not a work trip, but to observe and experience what missionary life is like. It’s not all glorious and glamorous. It’s going to the grocery store and doing the same things that you do in the U.S., but doing it overseas.”

Unlike short-term mission trips that typically have a packed scheduled, Greenlight offers daily space for contemplative practice. Jennie led the first TMS Global Greenlight group to Thailand. Through the daily reflection time, the young adults were able to see God at work around and in them. Whether these young adults return to the field or not, the trip allows them to truly experience this career before making a long-term commitment.

“Our hope in this was that some [past wounds] would begin to surface enough for them to pay attention,” she said. “We’re all in process, but I think if people can start their healing journey before going overseas, it makes such a difference.”

Jennie and her husband Isaac currently live in the outskirts of Atlanta, Ga., with their dog Palmer. She works part-time for TMS Global while she pursues an M.A. in Mental Health Counseling from Richmont Graduate University.

TMS Global was founded in 1984 to mobilize and deploy the body of Christ globally to join Jesus in His mission, especially among the least-reached peoples. TMS Global has grown to recruit, train and support more than 200 missionaries in more than 35 nations around the world. Partnerships with local churches provide speakers and resources to aid the growth of local church mission awareness and activity. TMS Global ministries include agricultural training, evangelism, church planting, discipleship, teaching, leadership development, medical work and many others.