Voices
“Craig and Médine write and speak on the issues of racism, ethnicity and reconciliation in Africa and the U.S. Together, they are writing "Impossible Love: The True Story of An African Civil War, Miracles and Hope Against All Odds."” 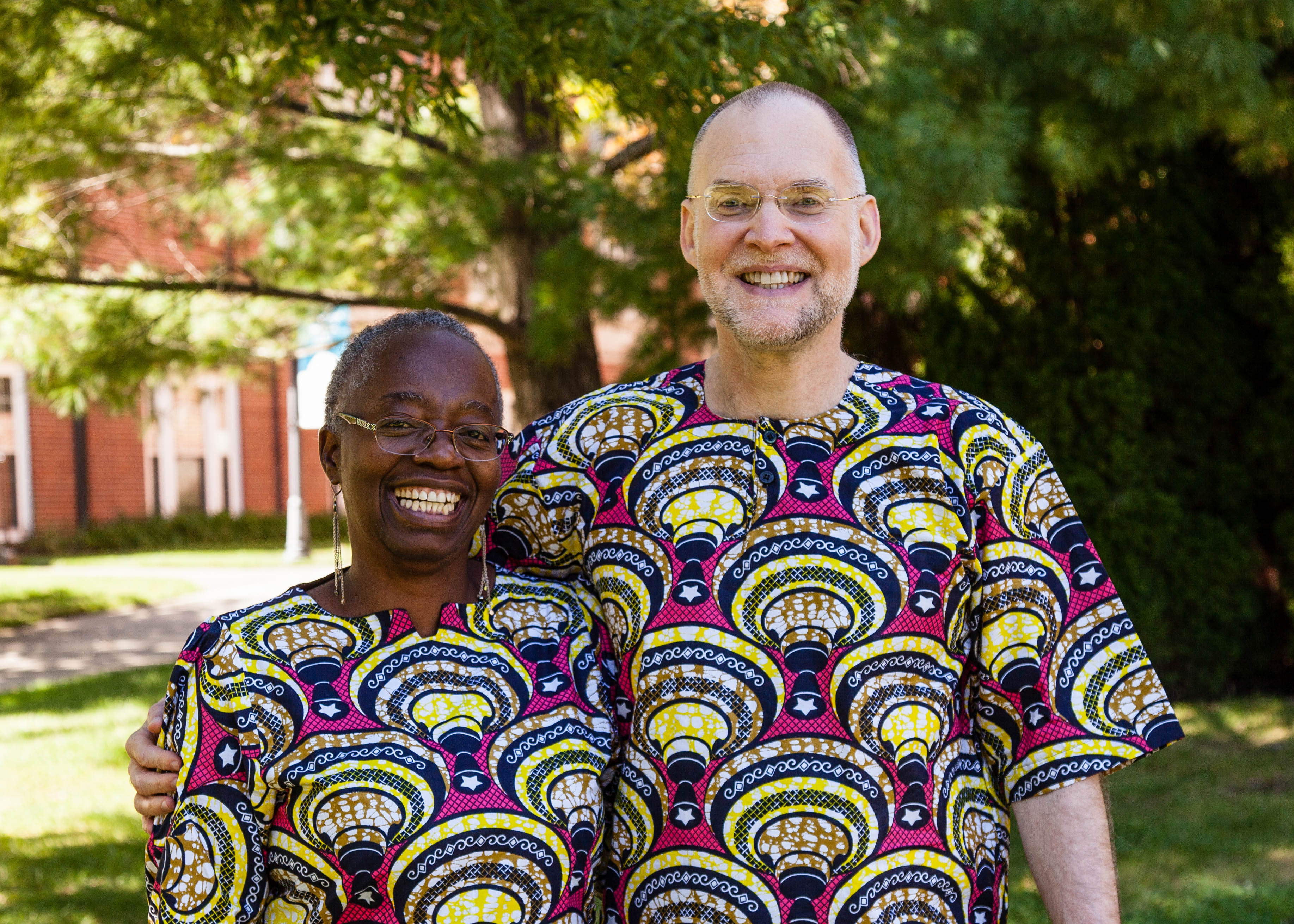 Craig and Médine Keener had every reason to hate. Médine lived as a war refugee for 18 months in the Congo. Craig waited, not knowing whether she lived or died. Instead of harboring malice, they chose to forgive, infusing suffering with hope. Now, they work together to promote racial reconciliation in the U.S. and Africa.

“Racism is everywhere. In Congo there is racism, it’s just called a different name,” Médine said. “It’s called tribalism and ethnocentrism. And that’s the reason why we had war.”

Although in different locations, both Craig and Médine learned by example how to forgive.

Médine’s father was educated, so no one expected him to associate with the poor. Yet, all, including people from groups hostile to their own, were always welcome in his house. In fact, her father encouraged her to maintain a generous heart, even in the face of starvation.

“War is chaos. Panic. Insecurity. High anxiety. Hunger. Sickness. Despair. No hope,” Médine said. “But for me, it was discovering who I am, who my neighbor is, and who God is.”

Even during the war, the family attended church and made Sunday a special day, adding salt to the food or, when available, eating meat. One Sunday, Médine stayed home with her disabled father while the rest went to church. While Médine prepared the meal, her privileged aunt came for a visit. Her arrival meant the family had one more mouth to feed.

“My countenance changed,” Médine said. “My dad said, ‘Give Médine. It’s just food.’ This shattered me because the person who was most vulnerable was encouraging me to be generous.”

As a war refugee, Médine and her family experienced sickness, hunger, thirst and death, losing everything they owned when rebels burned her house. Médine often walked many miles each day through snake-infested swamps and fields of army ants to procure food for her family during the war.

“Most refugees are innocent people not connected to political people,” she said. “The politicians fight against each other and the harsh consequences of their decisions fall on the refugees.”

Yet, Médine holds no bitterness in her heart toward those who hurt her.  Instead, she returns to her “memory place.”

A few months into the war, Médine reached rock bottom as she led a group of people from one village to another. She walked ahead of the group, so the others wouldn’t see her tears. As she walked, she heard someone start to hum and then sing. At first, the thought of someone being happy in the midst of her sadness angered her, but then she realized she knew the hymn, “With God’s Strength We Will Overcome.”

“It spoke to my heart, especially when I realized the person singing was my own son on my back,” Médine said.

As she accepted God’s promise of strength, her cry turned into a prayer.

“Even today when life is hard, I go back to that place,” she said. “I say, ‘If I was able to experience this and God helped us, then, what is this?’ It’s the Lord. It’s bringing whatever is inside to God and asking him to help.”

Meanwhile, Craig also learned how to give and receive forgiveness while attending Duke University. He started school with a broken heart from a past relationship. However, while at Duke, he became friends with an African American family who helped him return to wholeness.

“I found that the black church knew how to deal with pain because they had been dealing with it for many years,” Craig said.

Craig wanted to help others find that place of healing. He believed the best way to work for racial reconciliation was to join the African American Church, where he became an associate minister. He found that several in the church had known slaves and that many had been civil rights protestors. Yet, they saw past his skin color and welcomed him.

“I became ashamed of my own skin color because of what people like me had done to people like my friends,” Craig said. “But every week, my pastor preached that we are all made in the image of God, and that included me.”

Craig and Médine’s personal journeys to reconciliation finally brought them together. The two met while they were both Ph.D. students at Duke University. They formed a friendship and corresponded for more than a decade. After not knowing whether she was dead or alive for 18 months, Craig received a letter, beginning with these words: “I’m alive. I Médine Moussounga am alive!”

Their marriage is a visual representation in their belief in “color blindness.”

“Our marriage involved a different level of cross-cultural communication,” Craig said. “I was at home in the African-American community, but Africa was a new world to me. In our marriage, by the time we were married, race wasn’t an issue at all; culture, however, remained a communication issue.”

Just as a phoenix rises from the ashes, so forgiveness breathes new life, resolves hatred, restores relationships and brings healing from pain.

“Racial reconciliation for me, as a Christian, it’s something we have to do,” Médine said. “We don’t look at the physical traits of a person, but at the heart and how we can help each other.”

Today, Craig and Médine write and speak on the issues of racism, ethnicity and reconciliation in Africa and the U.S. Together, they are writing Impossible Love: The True Story of An African Civil War, Miracles and Hope Against All Odds. The book depicts the story of their friendship and love across continents and in spite of devastating hardships. It releases in April 2016.

Listen to Craig and Médine share more of their story on the Thrive with Asbury Seminary Podcast!