Voices
“My calling is to preach and write to make the stories of Scripture come alive and show how they overlap with our lives in incredible ways.” 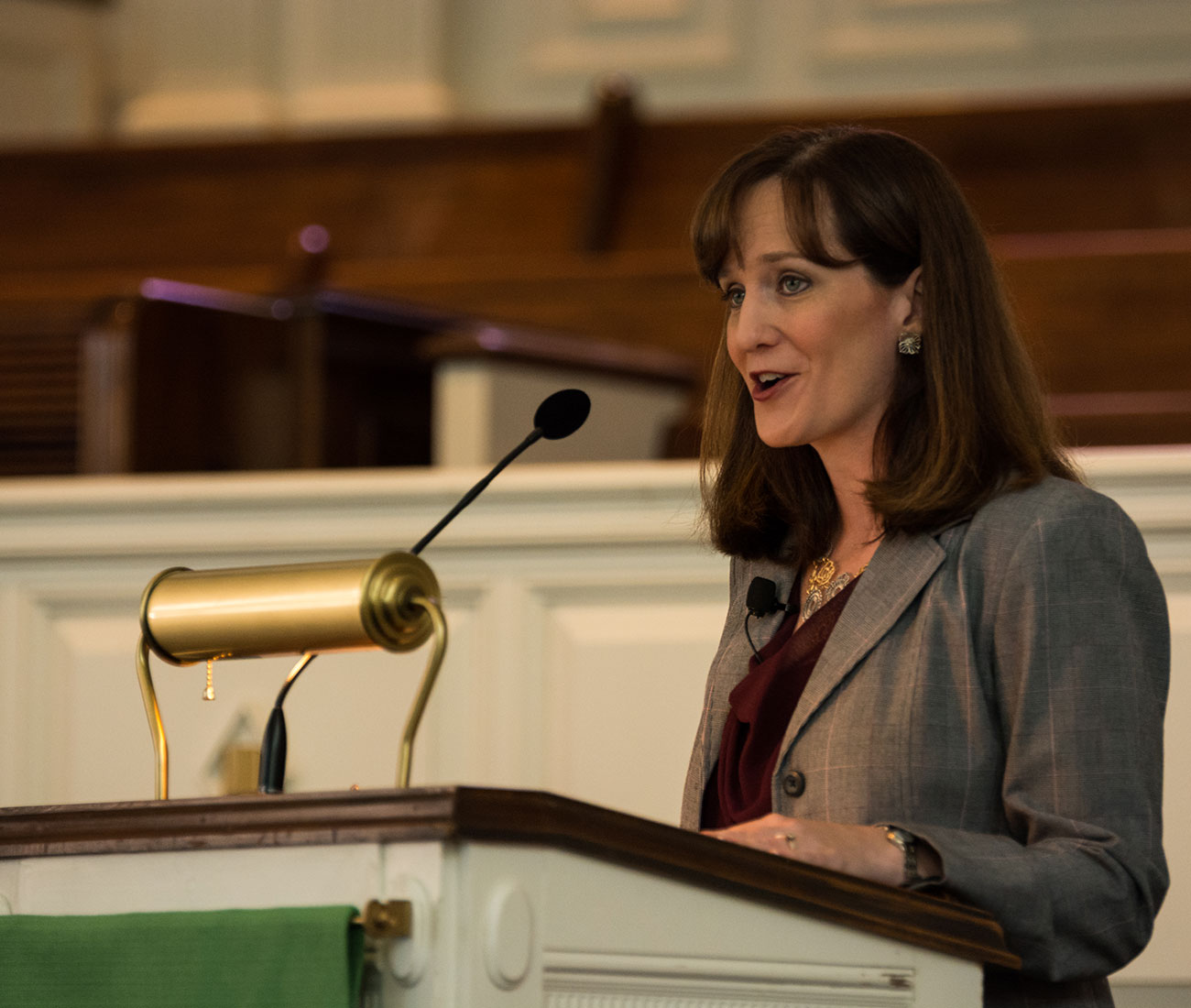 As a nine year old, Rev. Jessica LaGrone, wrote sermons in her head. Today, she serves as the first female Dean of Chapel at Asbury Theological Seminary and is a widely published author with Abingdon Women.

“My call phrase was, ‘I could do better than that,’ Jessica said with a smile. “Even as a child, I knew that if you preached and could make the Bible boring that something was wrong. I thought, ‘Let me at it!’”

God called Jessica to be a healer, but not in the way she first thought. She pursued a pre-med degree in undergrad, until her public speaking professor pointed out that every speech she gave was actually a sermon. Now, instead of mending physical wounds, she spends her life directing folks to Jesus, the healer of souls.

“My calling is to preach and write to make the stories of Scripture come alive and show how they overlap with our lives in incredible ways,” she said.

Jessica enrolled at Asbury Seminary and while there, God confirmed her call to preach during a chapel message using Psalm 84. The sermon that day was about the foolishness of the Lord and saying yes to things that are only wise in His eyes. As the congregation sang, “Better is One Day,” Jessica felt God telling her to hold open the doors of Estes Chapel.

New at discerning the voice of God, she argued, but finally obeyed. As she held open the doors, watching the cars and people pass by, she felt the Lord say, “This is your call. You’re a doorkeeper.”

“I came to Asbury Seminary as a student feeling inadequate and ill-equipped,” she said. “When I graduated, I felt inadequate, but equipped. I tell my chapel interns that you feel that way because you are. Our job is to bring people to Jesus. I can’t fix, change or heal, but I know who can.”

After earning her M.Div. from Asbury Seminary in 2002, Jessica served as the first female Associate Pastor of the 10,000-member The Woodlands United Methodist Church near Houston, Texas. In 2014, Asbury Seminary invited Jessica to return and assume the role of Dean of Chapel.

“Asbury Theological Seminary is committed to equality in every possible way,” Jessica said. “Our ethos, teaching and preaching reflect this, and it is enacted in my role as pastor to the community. I don’t see myself as the first female anything. I just wake up and go do ministry every day.”

While a student at the Seminary, her closest mentor was the late Dr. J. Ellsworth Kalas. He, too, affirmed her calling. Each day, she reads from his Bible as she seeks to fill the ministry gap he left behind.

“Leading worship is like being a tour guide at the Grand Canyon,” Jessica said. “You have to be excited and point to the thing you’re in love with. You have to stay in love with God and point people to Him, calling attention to the glory of God.”

Jessica has written several books including Broken and Blessed, Namesake, UnderWraps and Set Apart. Currently, she’s writing a book examining the desperation preceding the miracles of Jesus and His power and compassion. The book is scheduled to release Fall of 2017.

Jessica and her husband, Jim, have two young children.

Listen to Jessica on the Thrive with Asbury Seminary Podcast!