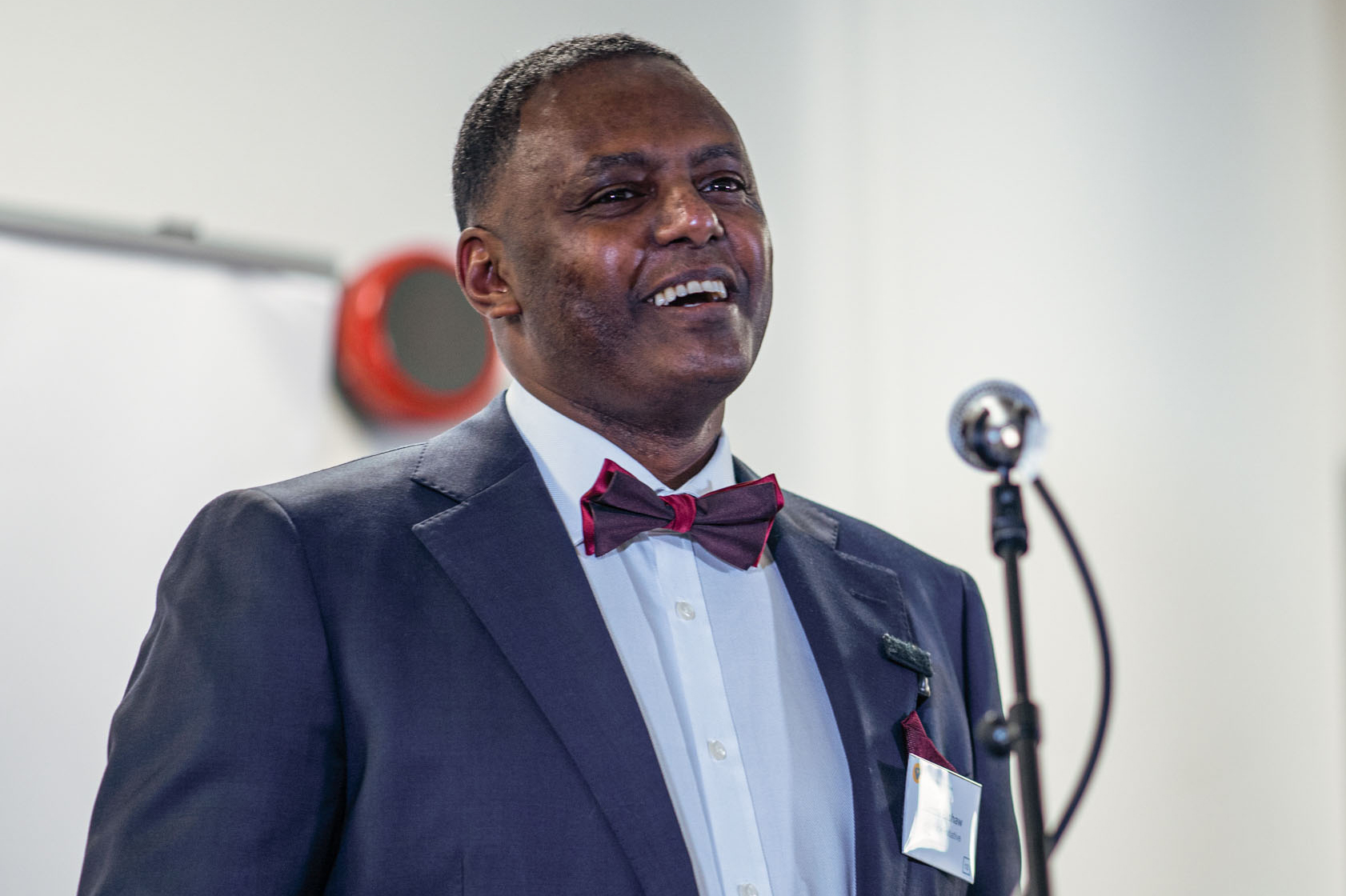 According to the National Science Foundation, an average person has about 12,000 to 60,000 thoughts per day. Of those, 80 percent are negative thoughts, and 95 percent are repetitive, forming our imaginations and behaviors. Rev. Dr. Girma Bishaw, Founder and Director of the Gratitude Initiative in Britain, seeks to share the gift of gratitude with others to change the social imagination and thought patterns to transform the way we see ourselves and others.

For Dr. Bishaw, a lifestyle of gratitude grew out of hardship. Fleeing civil war in Ethiopia, Dr. Bishaw left his family and home to immigrate to Britain in 1990. He arrived at the airport expecting no one to meet and only with $250 in his pocket. He soon became involved with the Ethiopian Christian Fellowship Church who helped him grow deeper in his new faith, affirmed his calling and eventually appointed him to serve as pastor of their church for over 18 years.

“It was a very natural progression, first an urge to disciple people, to have a heart for new converts,” he said. “As I gave myself to it, trying to disciple and teach follow up classes, it naturally grew in me, and eventually I responded to that call.”

As Dr. Bishaw pastored, he sought ways to give back to his adopted country, which had given him so many opportunities and privileges. After ministering many years among Ethiopians and Eritreans, the desire to reach out to the diverse local community and people of the host nation grew in him.

“I began to see the limitation and exclusiveness of our ministry, which bothered me a lot and led me to seek ways to collaborate with others,” he said.

As he wrestled with these things, he felt God place a burning question on his heart: What does it mean to be a disciple of Jesus Christ in a diaspora context? 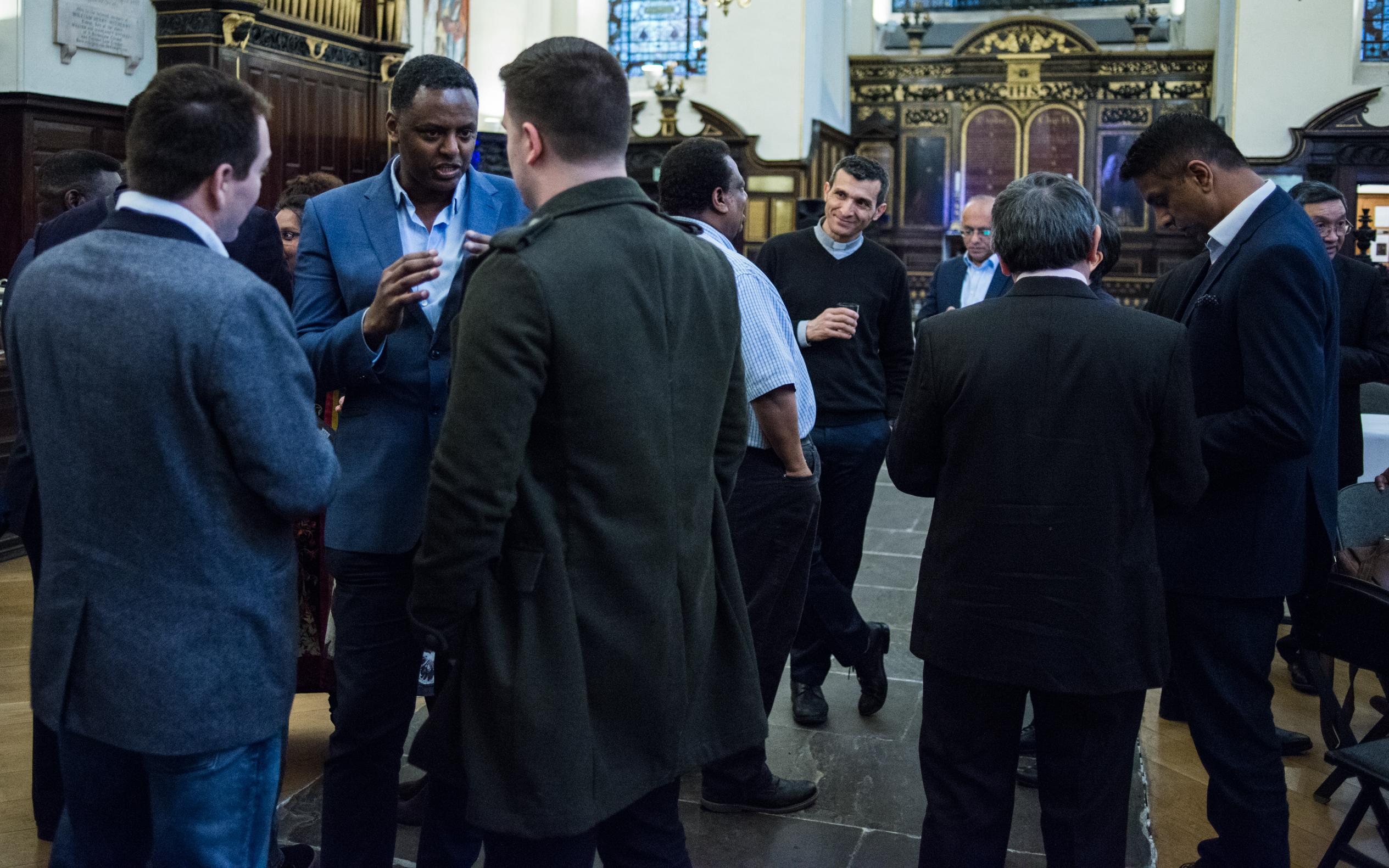 He longed to overcome cultural and linguistic barriers and other issues to unite the various congregations and ethnic churches within Britain. His congregation began partnering with the Church of England, ethnic churches and other denominations to reach out to the local community as one body, and as a result, Life Festival Enterprise was born.

Through his work with Life Festival Enterprise, he realized there wasn’t a platform to say thank you to the British people for their generosity and goodness to him. Through interactions with church leaders and wider conversations in society, Dr. Bishaw became aware of the negative narrative that created a toxic environment that made cross-cultural mission and genuine relationships difficult to form. He realized the need for true unity, rather than the pervasive false unity that avoided difficult conversations to prevent disagreement.

“Leaders were afraid to raise difficult issues, to engage with difficult conversations because there wasn’t a safe platform, environment or framework that will help us to have a heart-to-heart talk without being angry or condemning,” he said. “That became a burden to me as well, and I started to ask, ‘How can we build true unity, how can our relationship be deeper than just doing some kind of activity? What could help us create an environment where we can constructively discuss difficult issues?'”

In 2015, God called Dr. Bishaw to answer his burning question by starting the Gratitude Initiative to promote unity and thankfulness among the British people and help others use gratitude as a framework to talk respectfully and honestly about problems to move forward. The Initiative, which formally launched on November 28, 2020, aims to change the culture one conversation at a time as individuals learn the art of thankfulness and reap the mental, physical, emotional and relational benefits of gratitude. Introducing and encouraging the concept of gratitude to his local borough, he said to community leaders, “Whenever we have a complaint about our services, we have a platform to do so. Whenever we want to demand the betterments of our services, we have a platform to do so. but where is the platform for us to appreciate and celebrate and express our gratitude for the services that we have received from public and voluntary sector workers for years?”

In 2018, the Gratitude Initiative hosted a large thank you dinner to celebrate those who work in charities and public sector organizations, such as cleaners, teachers, nurses, doctors, police and firefighters, etc. At the dinner, those attending were invited to write notes of gratitude to others to help them experience the joy of receiving well-deserved gratitude from the community and the joy of giving gratitude to others.

“Gratitude helps us not only when things are good, but also when things are not good, especially in relationships, in our communities, and in our churches,” Dr. Bishaw said. “In his message to the seven churches, Jesus didn’t start by condemning them, but he started by acknowledging the good, appreciating and expressing his gratitude for what they have done for his namesake.”

In the coming months, Dr. Bishaw will be working to put together a curriculum to teach children the psychological, physical and relational benefits of gratitude through play and story to help them creatively engage in the practice. They are also planning to campaign for a national day of gratitude in Britain. Learn more by visiting gratitudeinitiative.org.uk.

Listen to Dr. Girma Bishaw on the Thrive with Asbury Seminary Podcast!