Voices
“Using his artwork, Joe speaks, inspires, motivates and relates ‘life story’ applications that have touched the hearts of thousands of children, teens and adults.” 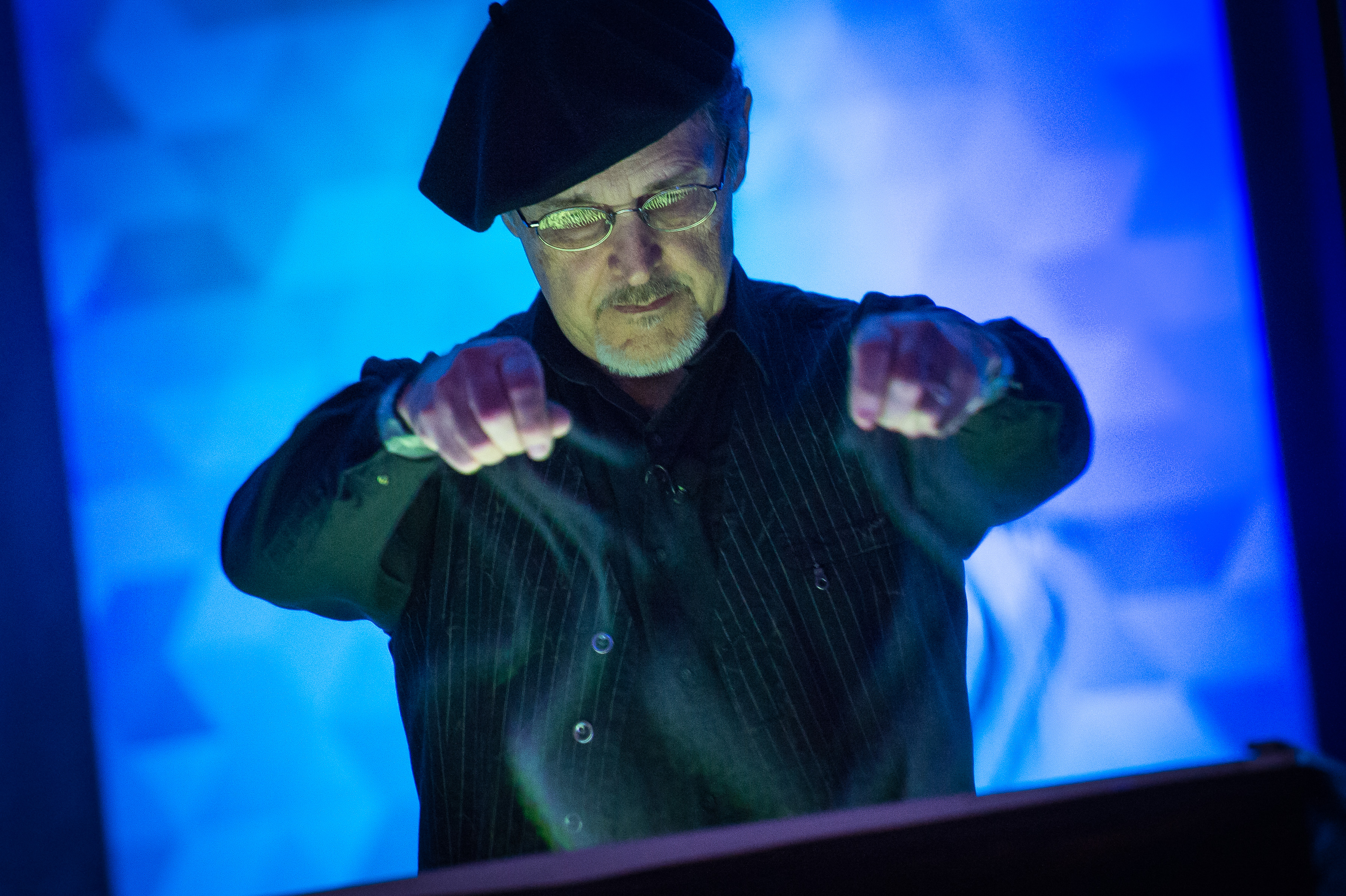 Artist, author, pastor, entrepreneur—all these words describe Joe Castillo. Yet, none of them adequately encompass his versatile skills or his passion for encouraging others.

Creative from childhood—his mom claims his first solid food was a Crayola Crayon—Joe has continued to nurture his artistic roots, using sand as his medium to communicate truth. His latest artistic venture, called Sand Art, is a live-art presentation performed to music and projected for a stunning visual effect.

In the past seven years, he has performed for presidents, kings and dignitaries in 45 states and 23 countries. He also reached the finals on America’s Got Talent.

“Sand happens to be one of the most abundant materials on the face of the earth,” Joe said. “God often used sand as an illustration of abundance. The Scriptures tell us that Christ stooped and wrote something of great significance in the sand.”

Using his artwork, Joe speaks, inspires, motivates and relates ‘life story’ applications that have touched the hearts of thousands of children, teens and adults. Ironically, his adventure in creative storytelling began with a trip to the store for mulch.

While walking through the store, Joe discovered a bag of sand that had spilled onto the floor. People had scuffed through it, leaving images behind.

“I got home with the mulch, but I also had a kitchen light fixture, table legs and a bag of sand,” Joe said. “Using this makeshift light table, an overhead camera and a couple of handfuls of sand, I began creating powerful, fluid illustrations that were projected on a screen for the audience to see.”

However, his confirming moment occurred at an Asbury Seminary President’s Retreat. As the images unfolded under Joe’s fingers, he noticed the audience had become deathly quiet. The lights came up as he completed his depiction of Christ holding out his hand to Doubting Thomas, and the audience released its collective breath.

“In the silence God seemed to be saying, ‘This is the way. Walk in it,’” Joe said. “Since that day, many people have expressed similar emotions, leaving me to conclude that God can and often does choose the most humble and insignificant tools to accomplish His work. After all, it’s just sand.”

Since then, he has developed a number of “live art” presentations that use intricately crafted illustrations to teach Biblical truths as they unfold. The most famous of these is the Face of Christ. In this piece, a number of illustrations depicting Jesus’ life combine to create a larger illustration of the Savior’s face. His artwork has been sold worldwide and has touched the lives of hundreds of people. Stories of the lives impacted by his artwork have been compiled in a book entitled The Face of Christ.

A native of Mexico City, Joe grew up surrounded by art and the cosmopolitan culture of an international city. In his teenage years, a gospel message presented by a Christian chalk artist brought him to faith in Christ. Moving to Florida, he attended Ringling School of Art and graduated from Florida Bible College. Starting his career as a Christian businessman, he founded The Advertising Library, a successful advertising agency in Knoxville, Tenn. After 20 years in advertising, he returned to school and received an M.A. in Biblical Studies and a M.Div. from Asbury Theological Seminary. He pastored a church in Richmond, Ky., for five years. He also served as the Executive Director of Christian Hospitality Network for two years. He now travels worldwide, speaking and performing.

He and his wife, Cindy, have four grown children, six grandchildren and call Atlanta, Ga., home.

Joe Castillo shares practical advice based on his spiritual and creative journey as an artist, pastor and encourager.

What do you wish someone had told you before you started your ministry?

What advice would you give someone just starting out?